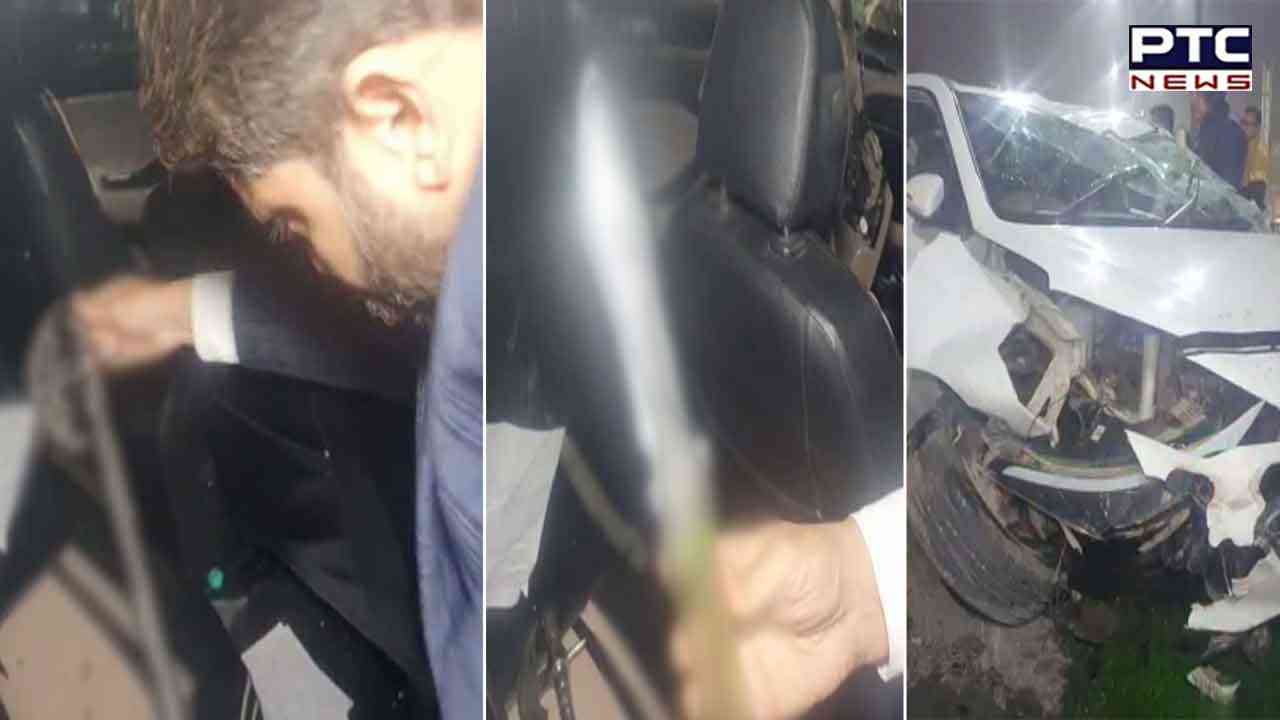 Amritsar: A major road accident was reported from Amritsar’s Batala Road. According to the information received, there was a terrible collision between an i20 car and Activa. After the terrible collision, the vehicle overturned twice and then landed on the pavement. Due to this accident, the rider of the Activa was injured and has been admitted to the hospital.

According to the information received, the vehicle overturned during the accident, which was later put down by the passers-by on the spot and the driver was pulled out of the vehicle. It is being told there that a weapon has also been recovered from the vehicle that were allegedly later denied by the police.

At present, the matter is being investigated by the police who have reached the spot. On the other hand, the victim's family is demanding justice.