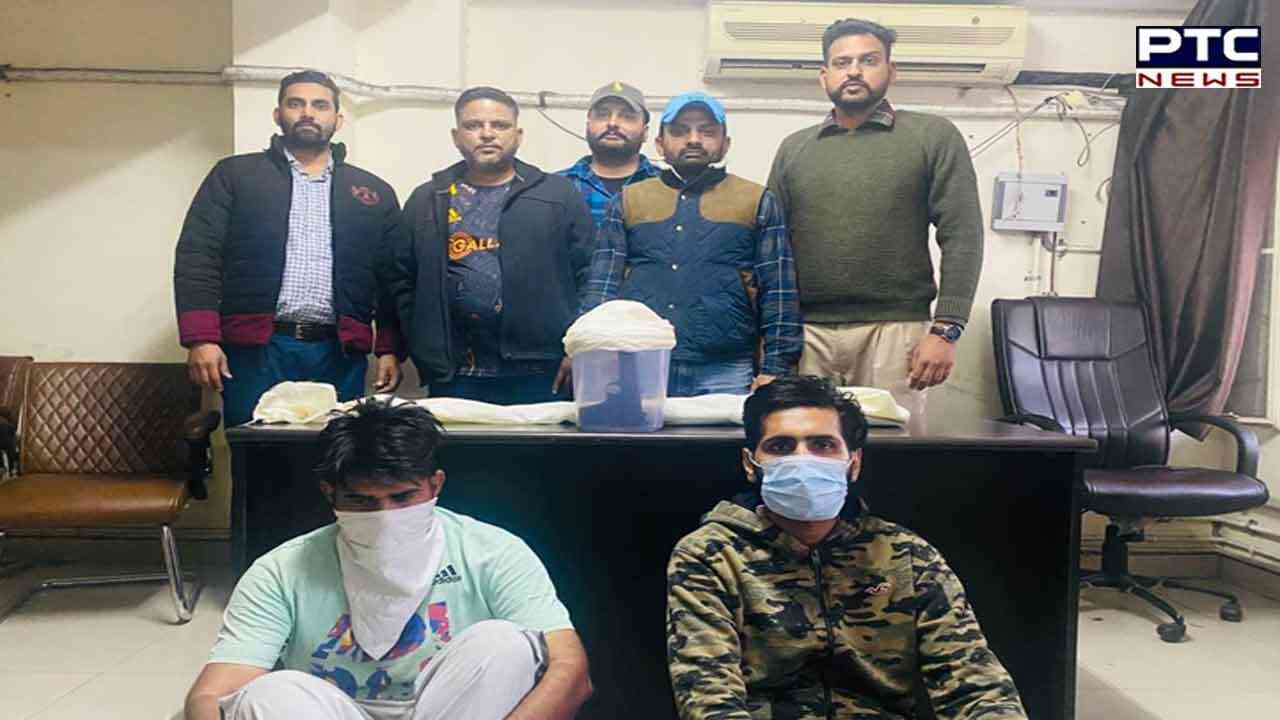 Chandigarh, November 24: Punjab Police arrested two associates of Gangster Rajan Bhatti during a raid at Sushant City in Bathinda as part of the ongoing drive against anti-social elements launched on the orders of Chief Minister Bhagwant Mann.

Bhatti, a resident of Gurdaspur's Mustafabad Jatta village, is a close associate of terrorist Lakhbir Singh alias Landa, who lives in Canada.

Giving details, AIG SSOC SAS Ashwani Kapur said that during an investigation in a case registered against Lakhbir Landa for disturbing peace and harmony in the state, an accused Rajan Bhatti was found to be in direct contact with Lakhbir Landa and carrying out illegal activities at his behest.

An FIR was filed against Lakhbir Singh Landa and his associates at Police Station SSOC SAS Nagar under sections 153, 153-A, 120-B of the Indian Penal Code (IPC) and section 25 of the Arms Act.

According to AIG Ashwani Kapur, accused Rajan Bhatti, who has a notorious past and is facing criminal charges, including attempt to murder, under NDPS Act and Arms Act in Chandigarh and Punjab, has been under the surveillance of SSOC Police teams and his premises have been raided repeatedly. He said that Bhatti assists Landa in Narcotics Smuggling and weapon supply.

On Wednesday, a police party raided Sushant City at Bathinda from where two associates of Rajan Bhatti were apprehended along with two illegal weapons, said the AIG, while adding that both the accused were arrested for harbouring Rajan Bhatti and possessing illegal weapons.

Meanwhile, AIG Ashwani Kapur said that Police teams are on manhunt to arrest Rajan Bhatti and soon he will be behind the bars.