Caught on camera: Snatcher attacks woman with knife in Ludhiana 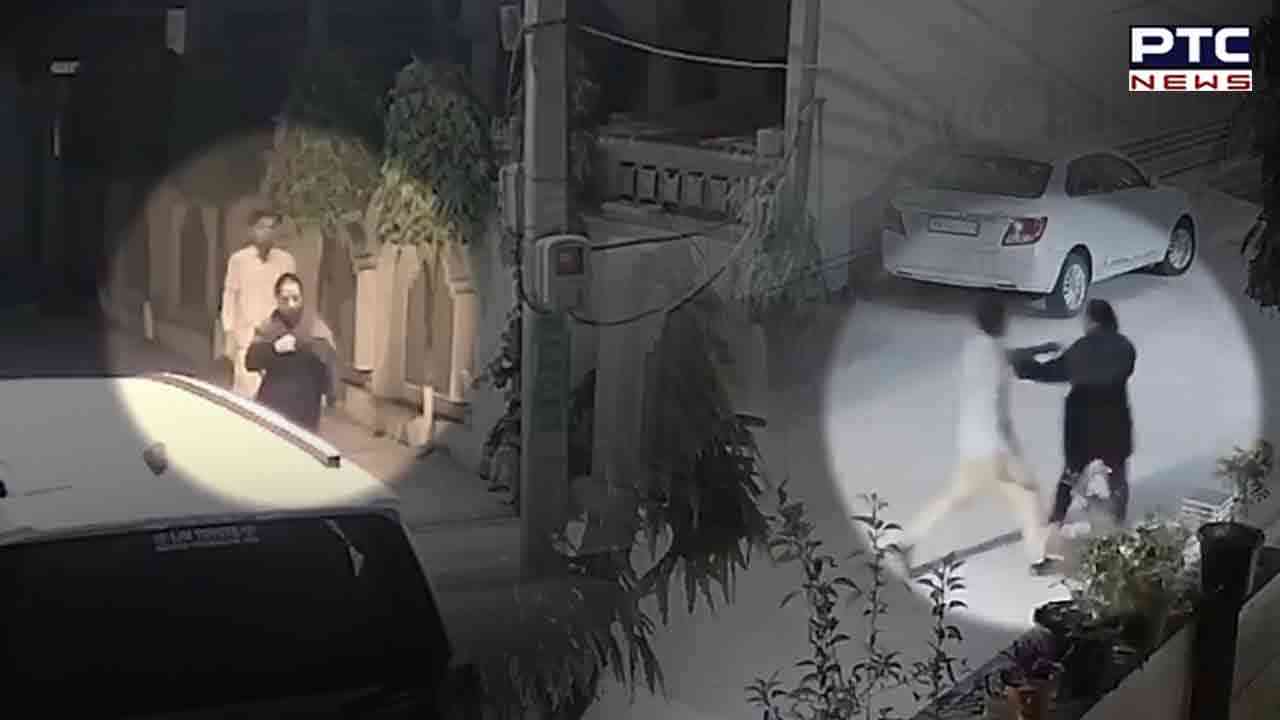 Caught on camera: Snatcher attacks woman with knife in Ludhiana

Ludhiana, December 15: A woman was attacked with a knife while walking down the streets of Ludhiana at 6:30 a.m. The incident was captured on CCTV, footage of which is now going viral.

In the CCTV footage, the snatcher can be seen attacking the woman with knife, trying to snatch her chain and mobile phone. The woman, on the other hand, fought off the attacker, who then fled the scene.

The woman is seen fighting the attacker and raising an alarm before he pushed her to the ground and thrashed her.

According to the police, the victim's name is Manju Gambhir and a case has been registered based on the woman's complaint. The matter is being investigated, said the police official.

Notably, Ludhiana has been witnessing a rise in chain-snatching incidents. At least 29 incidents of snatching and theft have been reported in the last 15 days.