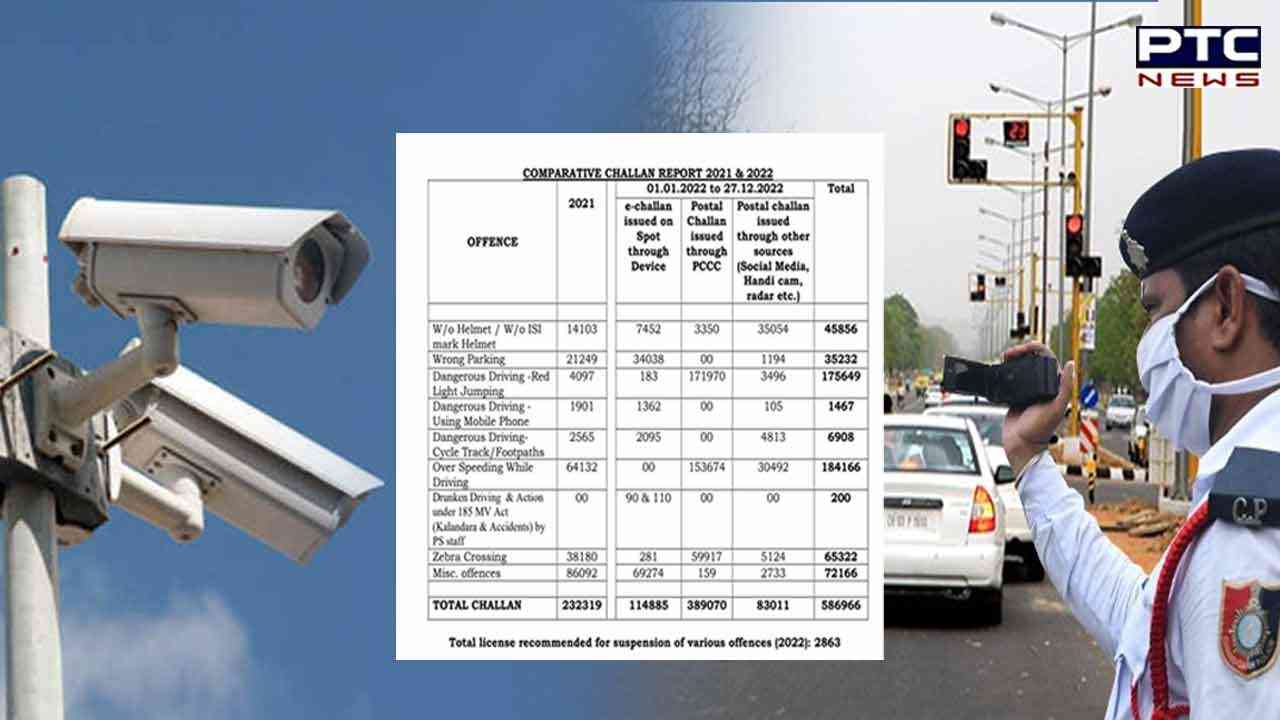 Chandigarh: Despite strictness in City Beautiful, people do not seem to care much about traffic rules. The data released by the Chandigarh Traffic Police reveals that even in the UT, people are not very aware of the traffic rules.

After the hi-tech cameras installed by the administration to strictly enforce traffic rules, the number of challans for violating traffic rules in City Beautiful has more than doubled compared to 2021. Chandigarh Traffic Police issued 586966 traffic challans in 2022 while 232319 challans were issued in 2021. This year the highest number of challans have been for overspeeding. Whose number is 184166 and on the contrary, in 2021 this figure was only 64132.