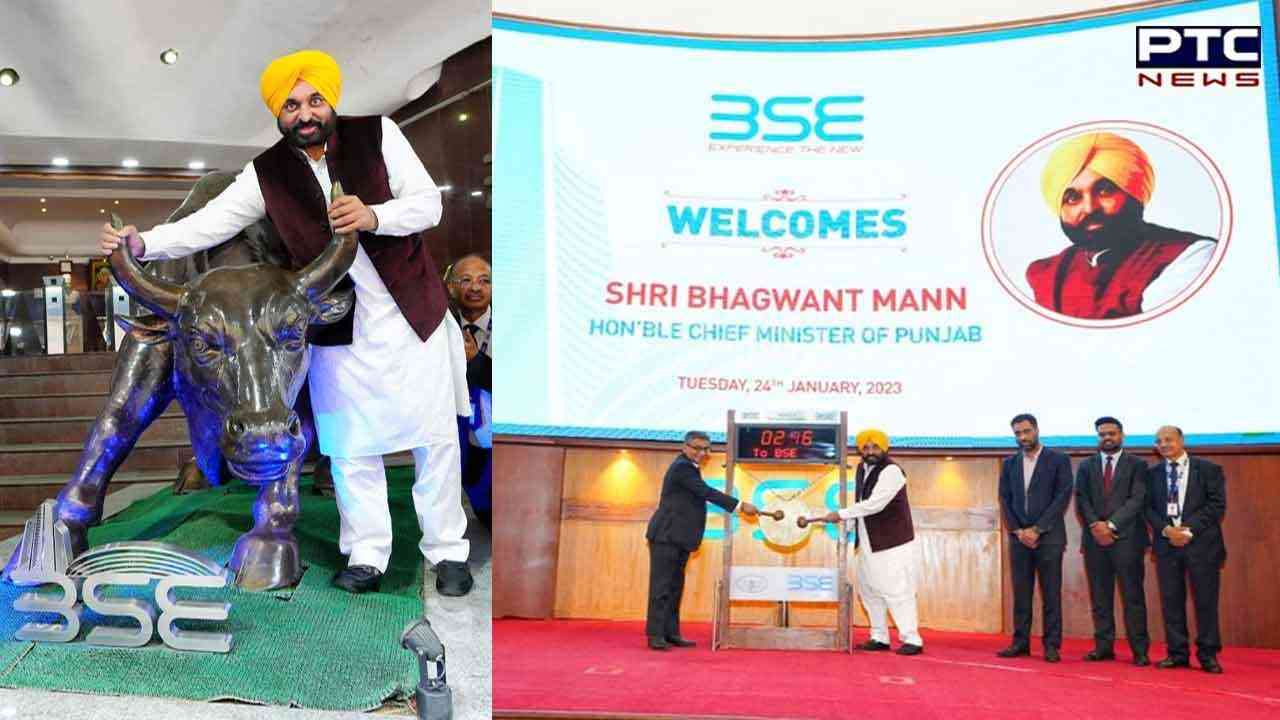 
The Chief Minister, while interacting with the media persons after performing the Bell Ringing ceremony here at the BSE, highlighted Punjab as a land of opportunities and invited the companies to invest in the state. He said that entrepreneurs will be immensely benefited by investing in the state, which is rapidly emerging as the industrial hub of the country. Bhagwant Mann said that Punjab has complete communal harmony, peace and amity, which are mainly responsible for overall development and prosperity in the state.


The Chief Minister urged the industrialists to make optimum use of this congenial atmosphere backed by excellent infrastructure, power, skilled human resources and best industrial and work culture to spread their business. Extending a red carpet welcome to the industrialists, he said that the state government was always open for new ideas and innovations to boost up the industrial growth in Punjab. Bhagwant Mann said that the day is not far away when Punjab will emerge as the industrial hub of the country.

Inviting the captains of industry to visit the state in the Invest Punjab Summit slated to be held next month at SAS Nagar, the Chief Minister said that the Invest Punjab Summit being organized on February 23-24 will prove to be a milestone in giving a major boost to industrial growth of the state. He said that the state government has already finalized the arrangements for this mega event. Bhagwant Mann said that the main motive behind giving fillip to industrialization in the state is to reverse the trend of brain drain in the state by opening new vistas of employment for the youth.

On the occasion, Chief Executive Officer of the BSE Sundararaman R felicitated the Chief Minister.