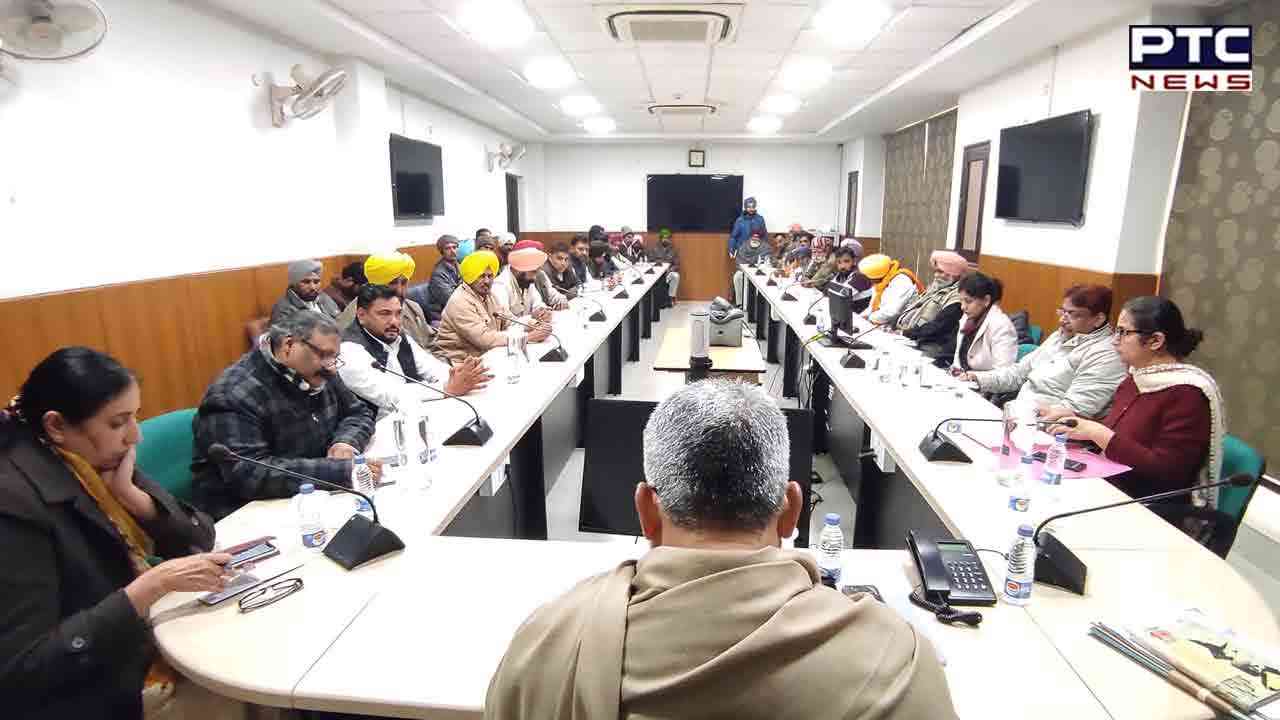 Chandigarh, January 11: The Punjab Government led by the Chief Minister Bhagwant Mann ensuring  welfare of every section of the society and the palledars has left no stone unturned to safeguard prosperity of Palledar Union . These views were expressed here today at the Anaj Bhawan in Sector 39 by the Food, Civil Supplies and Consumer Affairs Minister Lal Chand Kataruchak during a meeting with the leaders of the Punjab Pradesh Palledar Mazdoor Union.

Chairing the meeting, the Minister said that as far as the raising of the S.O.R. rates is concerned, a proposal would be drafted and sent to the FCI and if need arose the issue would also be personally taken up with the FCI authorities. The Minister also directed the officers of the department to make sure that the process with regard to making the balance payments to the palledars be accelerated so as to ensure that this segment doesn't encounters financial problems.

Regarding the other demands put forward by the Union leaders such as ending the contractor system, making payments directly to the palledars, taking Bonds in place of security and using Aadhaar Card as the proof of the identity, Kataruchak gave a patient hearing and assured to consider these demands with the positive approach. The Minister also emphasized the strengthening of the Worker Management Committees so as to protect the interests of the palledars.