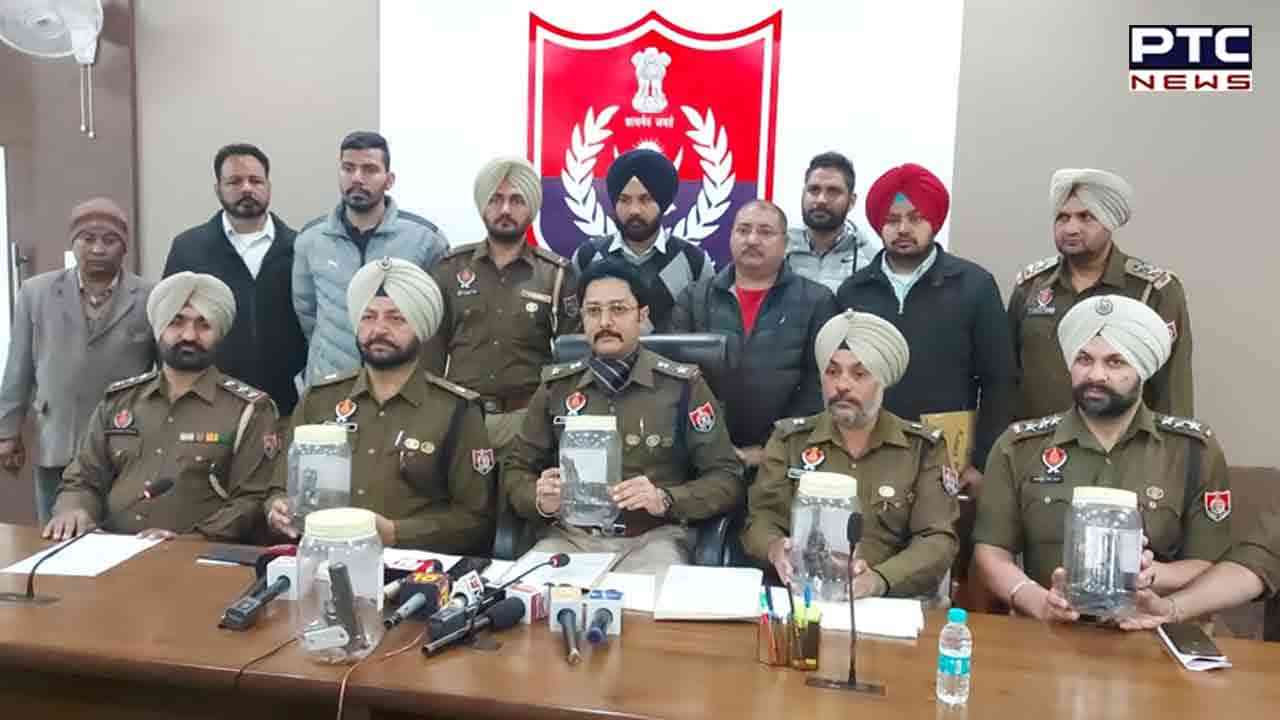 Patiala, December 18 (Gagandeep Ahuja): During a special campaign launched to nab wanted criminals, Patiala police on Sunday arrested a close associate of the gangsters along with 4 pistols, a 32 bore revolver and 20 rounds. Confirming this, SSP Varun Sharma said that the accused has been identified as Rahul Singh, a resident of Uttar Pradesh, who has links with Lawrence Bishnoi and other gangsters. A case has been registered against the arrested accused by the team led by CIA chief Shaminder Singh at Pasiana police station.

According to SSP Varun Sharma, Rahul Singh was jailed in a drug trafficking case. Meanwhile, he met with Deepak and Naveen, the gangsters who were already in jail. After coming out of jail Rahul, Deepak and Naveen started smuggling weapons. The CIA team under a special operation was successful to capture Rahul Singh with weapons.

He further stated that on the basis of confidential information by the CIA staff Patiala police team on 16.12.2022 during the blockade from Patiala Rajpura Bypass Main Road, Chowk village Sermajaran Rahul Singh son of Mahipal Singh resident of the village. Pandua Police Station Sadar Badau District Badau (U.P.) has been arrested with arms against which Case No. 216 dated 16.12.2022 A/D 25 (7), (8) Arms Act 1959 as amended by the arms (amendment ) act 2019 police station Sanor district Patiala has been registered. From which 4 pistols of 32 bore and one 32 bore revolver and 25 live rounds of 32 bore have been recovered.

SSP Patiala said that the arrested Rahul Singh has been remanded in police custody till 30.12.2022 and in-depth interrogation is going on regarding the above recovered weapons.