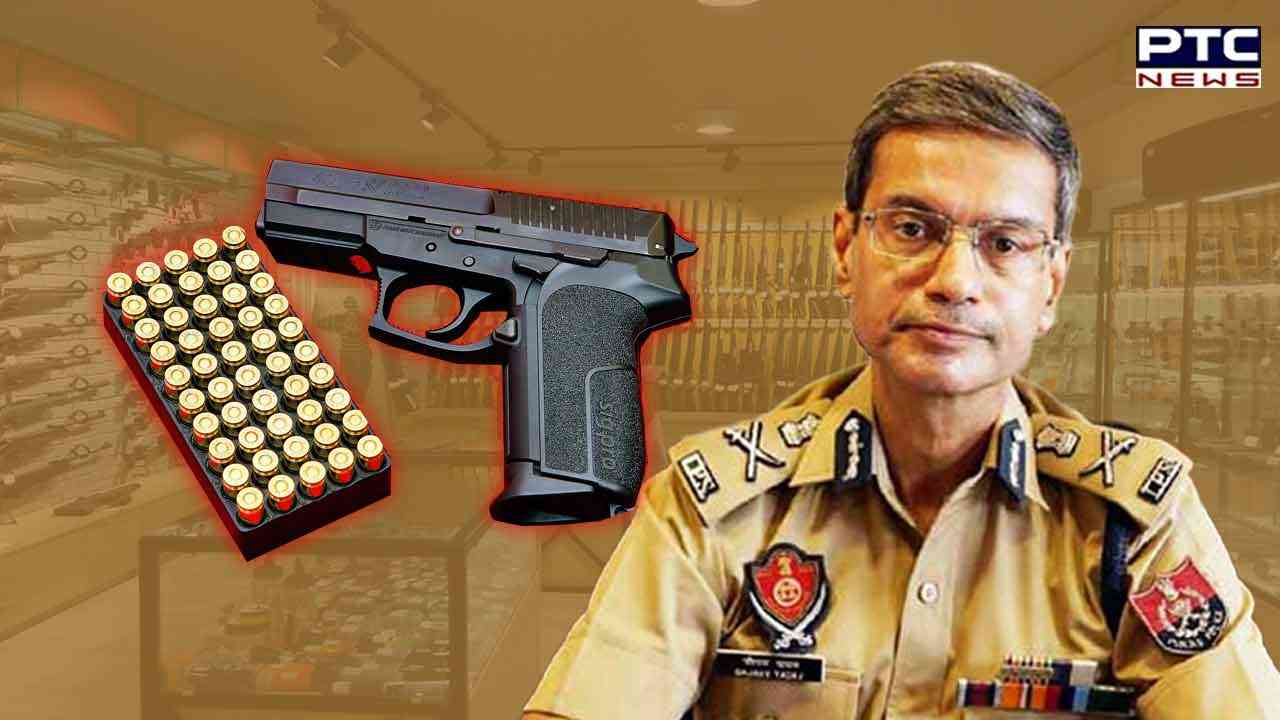 Chandigarh, November 18: Amid Punjab Chief Minister Bhagwant Mann directions to review all existing arms licenses to check gun culture, Punjab Director General of Police Gaurav Yadav on Friday ordered a mandatory inspection of shops, premises and stocks of all gun houses on a quarterly basis across the state.

The Punjab DGP issued directions to all ranges IGsP/DIGs and all CPs/SSPs of the state, stating that rule 20.14 of Punjab Police Rules, 1934 authorises gazetted officers of the police to inspect shops, premises, and stocks of all licensed manufactures and dealers under the Arms Act every quarter.

DGP Gaurav Yadav directed all CPs/SSPs to ensure that DSPs/ACPs should mandatorily check the shops, premises and stocks of all gun houses falling in their subdivisions every quarter.

Apart from this, the District Superintendent of Police was required to conduct at least one inspection each year, he added.

Punjab has only 2 per cent of India's population, it has nearly 10% of the total licensed weapons that stand at nearly 4 lakh, or there are 13 gun licenses for every 1,000 persons in Punjab.

There is a huge influx of illegal weapons from across the international border and the inter-state borders from states such as UP, Bihar and MP. Although the weapons are illegally procured by anti-social elements, the ammunition is mostly pilfered from local gun houses of Punjab.

The DGP said there was an urgent need to enforce the basic policing practice of inspection of gun houses by gazetted police officers for which they were empowered as per the rules, so as to keep a check on the stocks and plug the pilferage of ammunition and misuse of licensed arms.

Earlier, apart from directing a review of all existing arm licenses in the state, CM Bhagwant Mann had also ordered that if any license had been issued to an anti-social element, in the past, then it must be cancelled immediately.