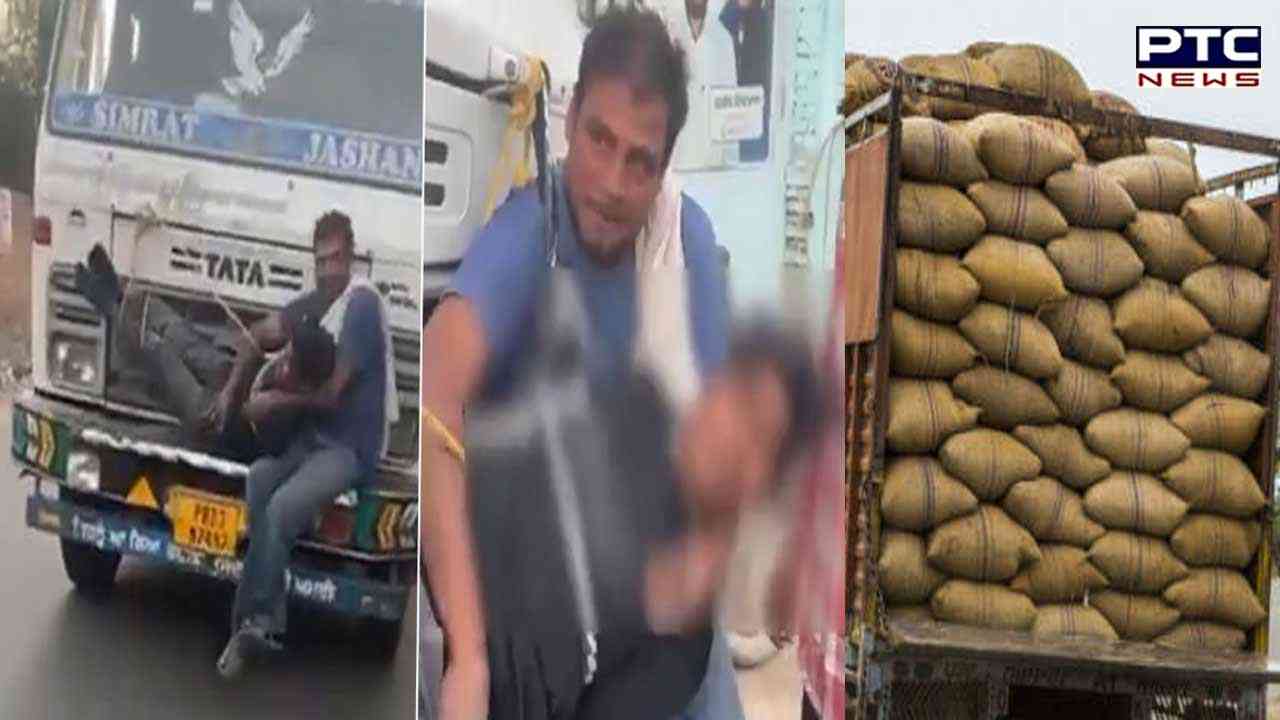 Sri Mukhtar Sahib (Punjab), December 12: A daredevil escapade of a thief stealing from a moving truck has gone viral after his apprehender caught him and brought him to a police station in Punjab tied to the truck.

The incident took place in Sri Mukhtar Sahib town of Punjab on Sunday and videos of it have since gone viral. Two videos, one, in which the thief is seen stealing the sack from the truck and the other, when he is caught and tied to the truck and taken to the police station have piqued viewers' interest.

In the second video, the thief is seen tied to the front of the truck, while a man talks about taking him to the police station.

Deputy Superintendent of Sri Muktsar Sahib Jagdish Kumar has confirmed the incident and said that action would be taken against both the thief and the man who tied him to the truck.

"Two videos went viral. In one video a young man was seen stealing a sack of wheat from the back of a truck while his companion was following him on a motorcycle. In the other video, it was seen that the truck's owner or driver caught the thief, tied him to the truck, and brought him to the Police Station. Action will be taken against both the thief and the person who tied him to the truck."