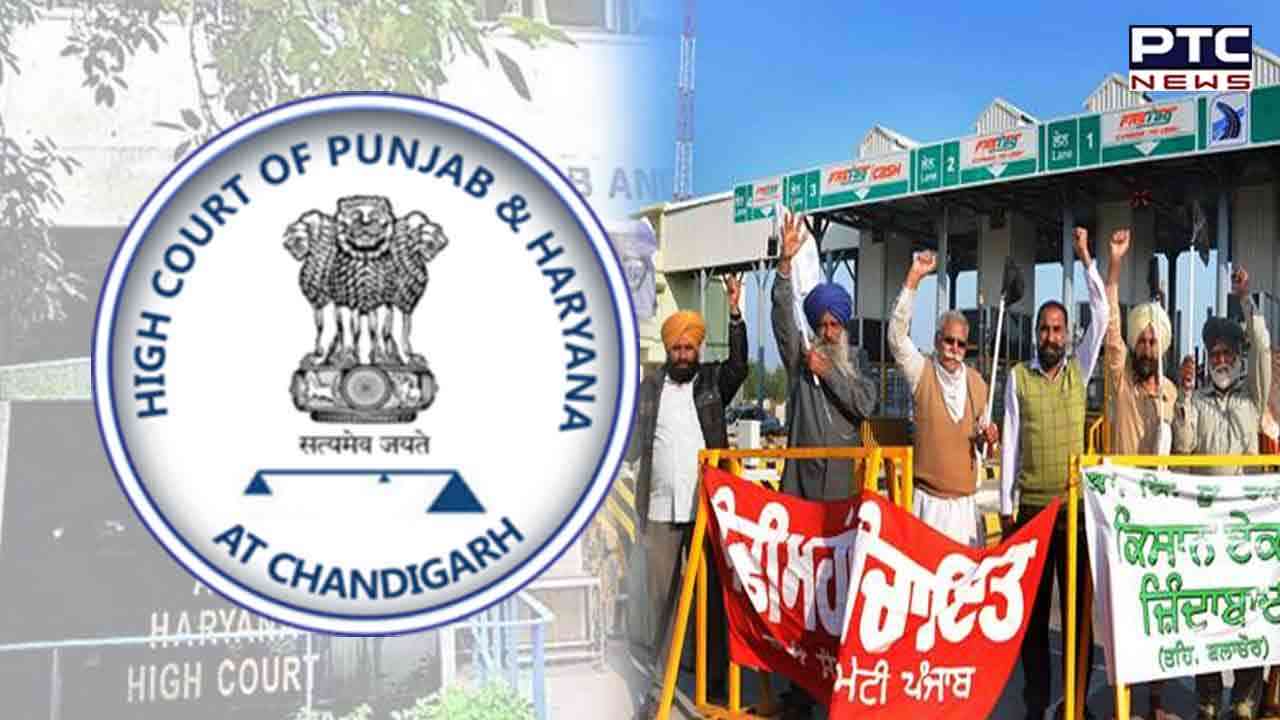 Punjab and Haryana High Court has issued instructions to the Chief Secretary, DGP, Punjab, to lift the ongoing morchas at all toll plazas in compliance with the directions of the Supreme Court, so that NHAI does not suffer any further financial loss.

On behalf of NHAI, a petition was filed in the High Court demanding that these morchas be removed because it is causing a loss of about one and a half crore rupees on daily basis.

On Wednesday, an appeal was made in the Punjab and Haryana High Court that the toll plazas should be opened and adequate safety of the employees should be ensured.

Commenting on the issue, Justice Vinod Bharadwaj said that there has been a trend of protesting at road, rail and toll plazas site to get the demands met. Meanwhile, he referred the petition to the Chief Justice stating that it is related to public interest.

The petition was filed by NHAI through senior advocate Chetan Mittal. He said that about 26 crore 60 lakh rupees has been lost due to the strike from 17th December to 4th January.

It should noted that in Punjab, the toll plazas of Amritsar, Jalandhar, Ferozepur, Tarn Taran, Hoshiarpur, Pathankot, Kapurthala and Barnala have been closed by the protesters.