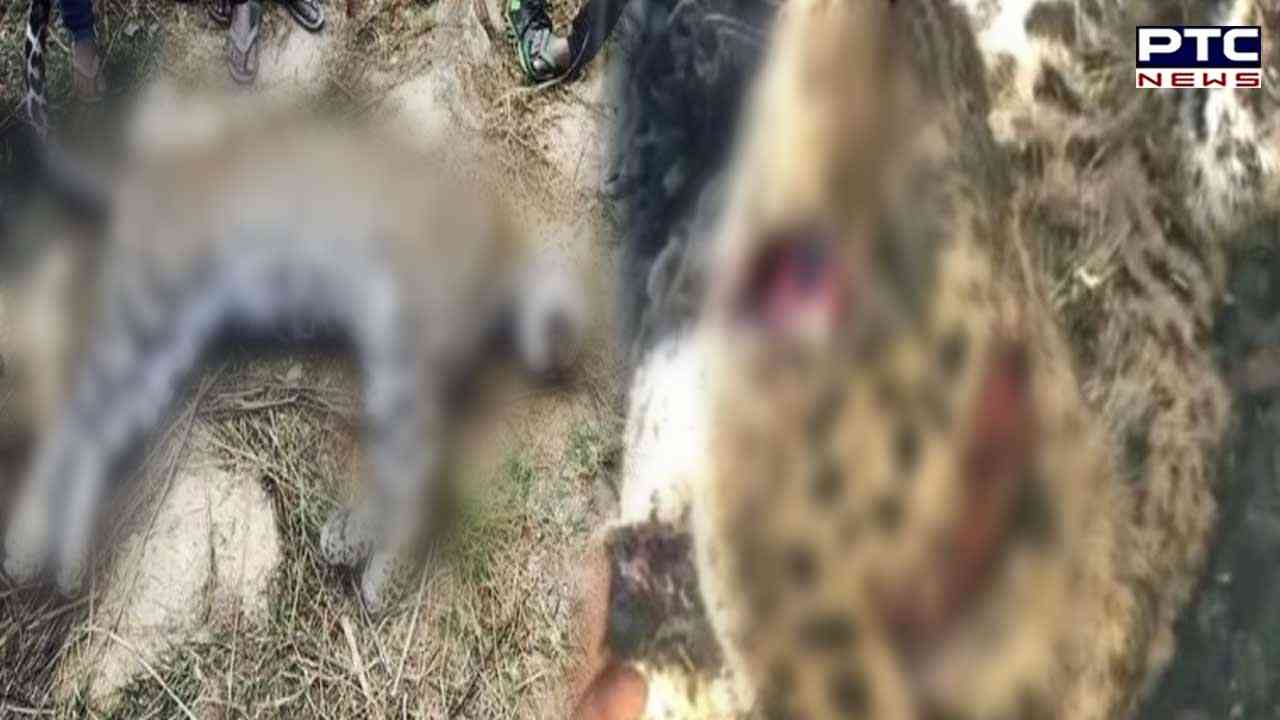 Nangal, December 29:  A young leopard cub was found dead in Nikku Nangal on Wednesday in sensational set-up. Cub’s head was also found injured with sharp-edged weapon marks. There are speculations that wild animal with his mother has been hunted. Currently, the forest department team has taken the dead for post-mortem.

According to the information, some people had informed about this to the forest department and the employees of the forest department reached the spot and took the body of the baby leopard with them. According to Nikku Nangal locals, a female leopard with her two cubs was often spotted in the forest. It is also being speculated that all the children including the female have been hunted.


Mohan Singh, Range Officer of Forest Department, District Rupnagar, said that apart from complaining about this matter to the Nangal Police, the department is also engaged in the investigation of this matter at its behest. He admitted that deep wounds were found on the head and behind the ears of the deceased cub.

Two teams have been formed for the post-mortem. The leopard cub has been buried after videography in the presence of a senior official. According to the reports, if the poacher is caught, he may be served with 6 years imprisonment and fine or both.

The local police has registered the case and started further investigation.