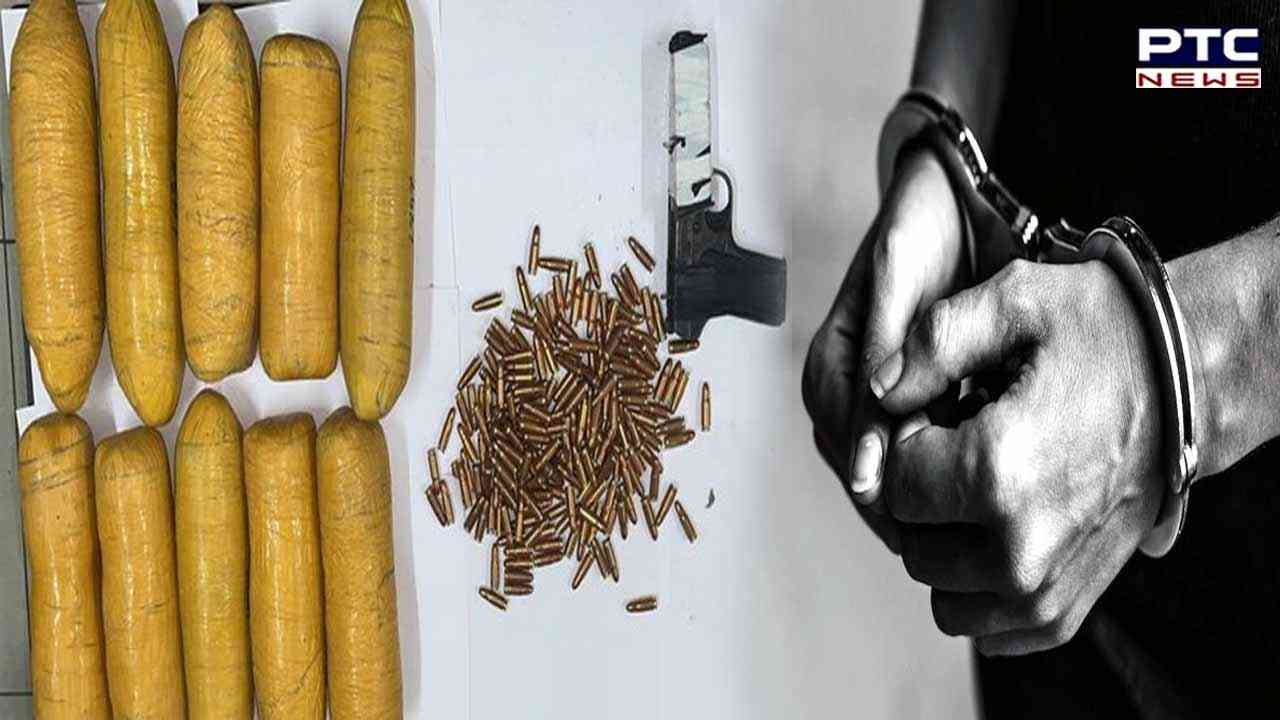 Punjab Police arrested two persons who were in contact with Pakistan based operative who pushed the consignment through the fences into India. FIR has been registered and investigation ongoing. 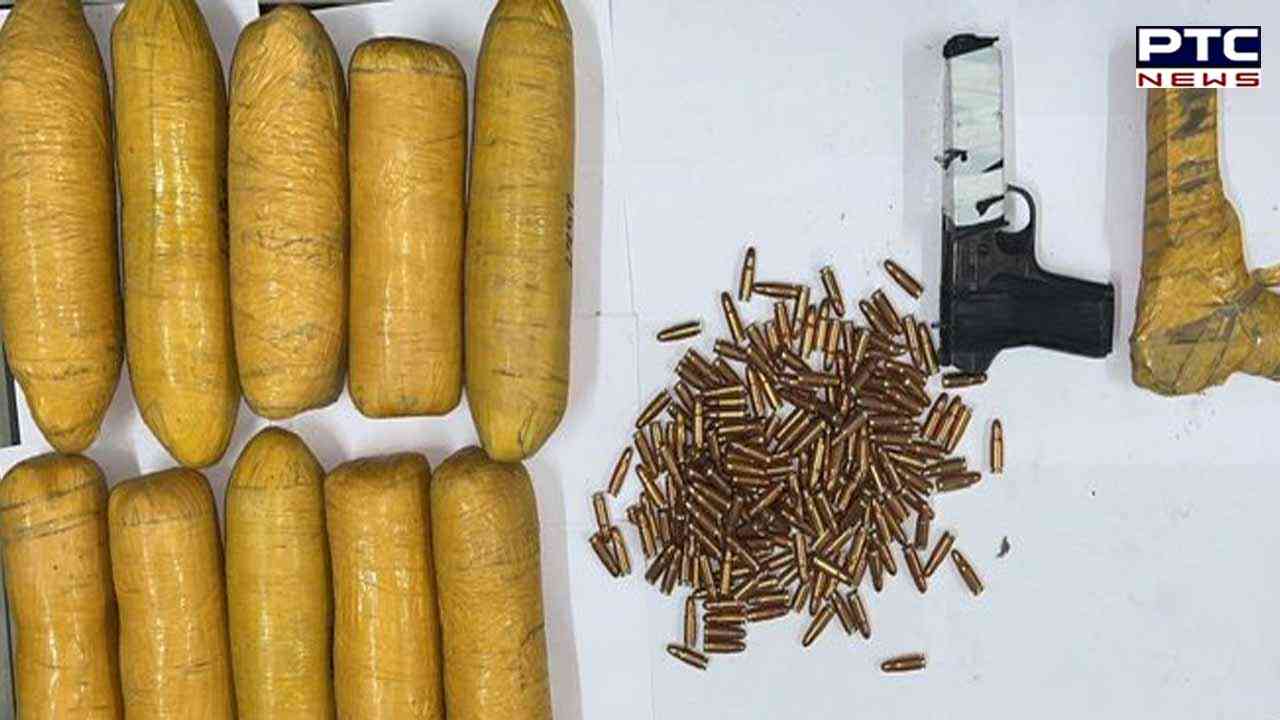 Those arrested have been identified as Harshdeep Singh of Village Thaman in Gurdaspur and Sarwan Singh alias Sabba of Shahur Kalan in Gurdaspur. The Police have also recovered two .30 bore foreign-made pistols along with four magazines and 180 live cartridges from their possession.

The development came just three days after Punjab Police had busted an elaborate trans-border drug smuggling cartel with the arrest of its two kingpins after recovering 10Kg heroin and one sophisticated drone from their possession.

DGP Gaurav Yadav said that following reliable inputs, Police teams of Counter Intelligence (CI) Pathankot carried out a special operation near village Thaman in Gurdaspur and successfully arrested both the drug smugglers, when they were walking to their home after retrieving consignment of drugs and weapons pushed by Pakistan-based smugglers through fences with the help of a pipe at Border Outpost (BOP) Chauntra (Dorangala, Gurdaspur). Preliminary investigations revealed that both the drug smugglers were in contact with Pak-based smuggler identified as Rehmat Miyan, he added.


AIG CI Pathankot Amarjit Singh Bajwa said that accused Sarwan is a notorious drug smuggler and had even served seven years imprisonment before being bailed out in 2018. Further investigations are on, he said.