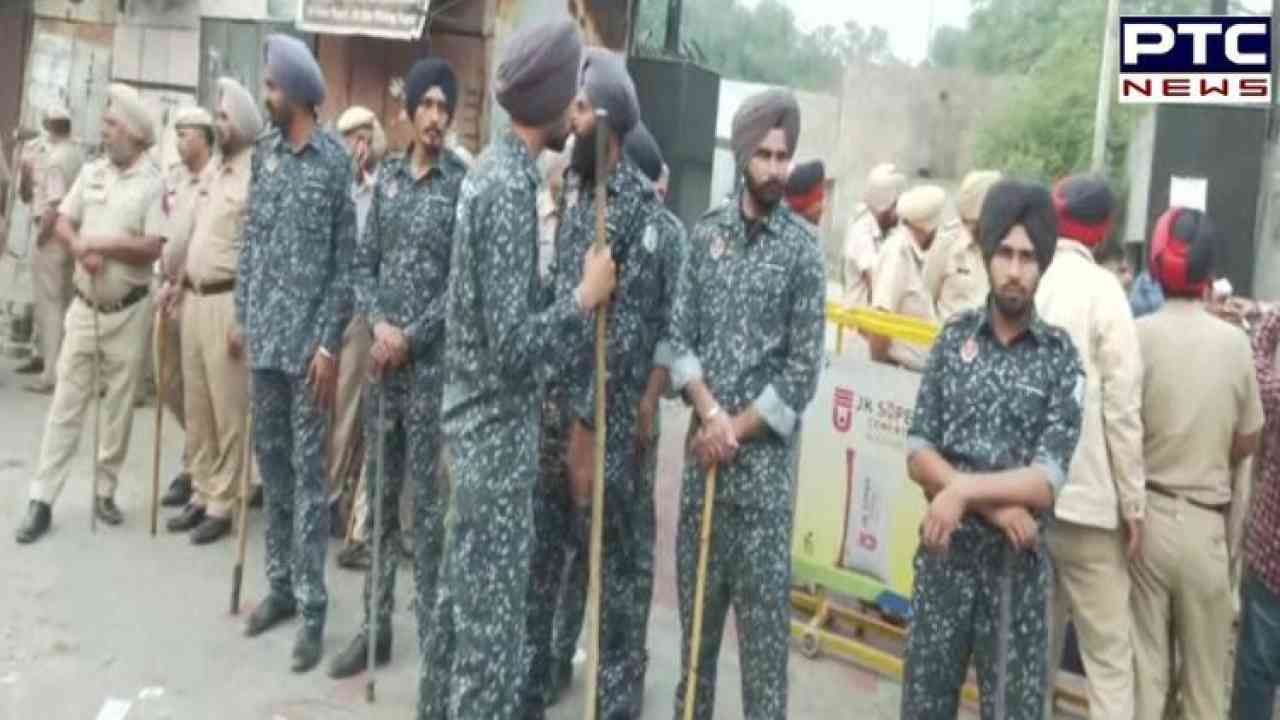 Amritsar (Punjab), November 5: The body of Shiv Sena leader Sudhir Suri, who was shot dead by an assailant on Friday, has been brought to the Majitha Road Post Mortem Unit in Amritsar, Punjab.

Security outside the post-mortem unit has also been tightened hours ahead of his autopsy. Punjab Director General of Police (DGP) Gaurav Yadav said on Friday that all angles and conspiracies in the murder of Shiv Sena leader Sudhir Suri in Amritsar will be thoroughly investigated.

Sudhir Suri was shot dead outside Gopal Mandir on Majitha Road, one of the busiest streets in the city, where he and other party leaders were protesting.

He was then taken to a hospital, where he died as a result of his injuries.

The Punjab DGP went on to say that they had arrested the accused and had filed a murder charge under Section 302 of the Indian Penal Code (IPC).

"It is an unfortunate incident and we condemn it strongly. I have come to review the situation on the spot where the unfortunate incident happened. The assailant has been arrested on the spot and an FIR under Section 302 has been against the accused. The investigation is being done. All the angles including conspiracies behind the murder and all those who are behind the incident are being probed," DGP Yadav said.

The DGP had also urged the public to maintain peace and harmony in the city while refusing to comment about any Khalistani involvement in the matter. He further said that the matter is currently underway.

"It is an early stage and we will get to the bottom of everything," he added when asked about the Khalistani involvement.

The DGP also promised Suri's family police security and stated that their priority is to maintain peace and harmony.