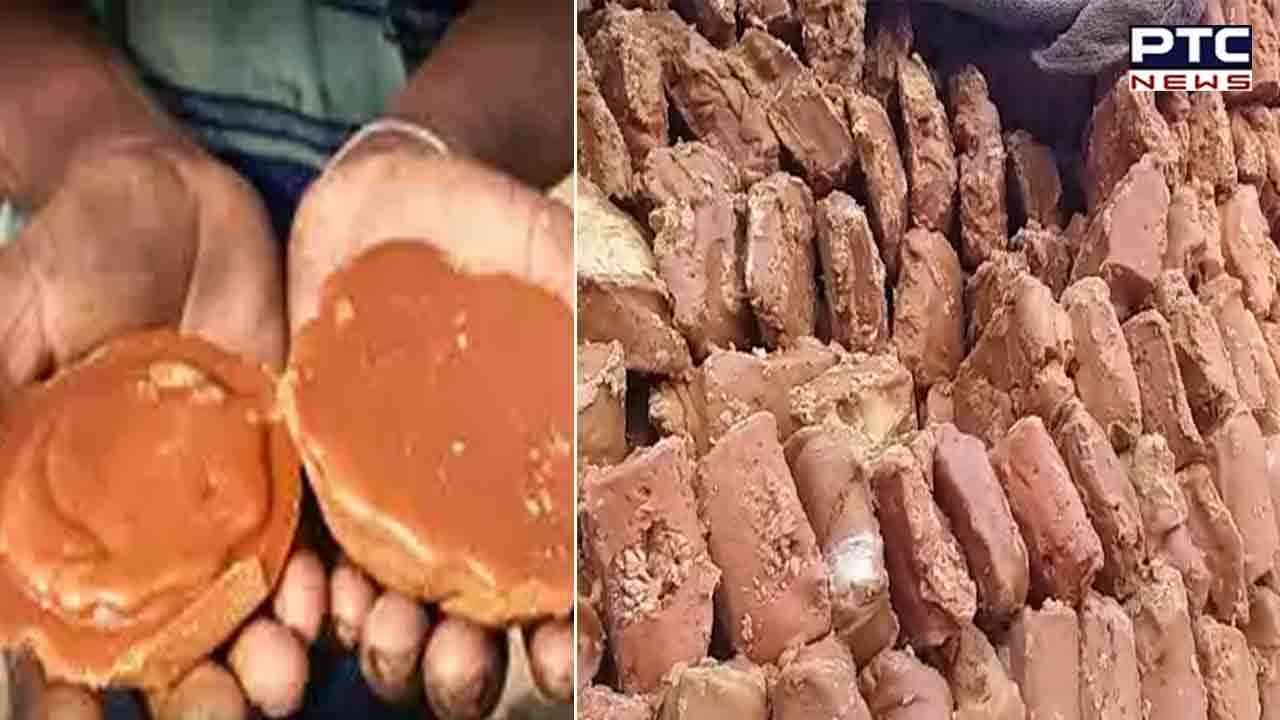 Bathinda, December 18 (Munish Garg):Second largest Jaggery producing state Punjab has evidently failed to match quality standards laid by the government body FSSAI (Food Safety and Standards Authority of India). Jaggery samples taken for the quality under the campaign conducted by FSSAI in the country, Punjab has come second on the list for using  artificial colour to make Jaggery, 150 samples were taken from across Punjab, out of which 10 samples were also taken from Bathinda, which have all failed. According to the experts colour used in jaggery causes cancer, the health department will now appeal to the makers of jaggery not to add colour otherwise action will be taken against those who do comply with the norms.

On 1st and 2nd February FSSAI conducted a special drive across the country to check the quality of jaggery and collected samples to find out the amount of sugar or synthetic colour in the jaggery.

Out of 550 samples, 10 taken were from Bathinda that have miserably failed to match the quality of food. The samples revealed that synthetic color has been used to make jaggery, which is very harmful to health, it causes cancer, and it affects health poorly.