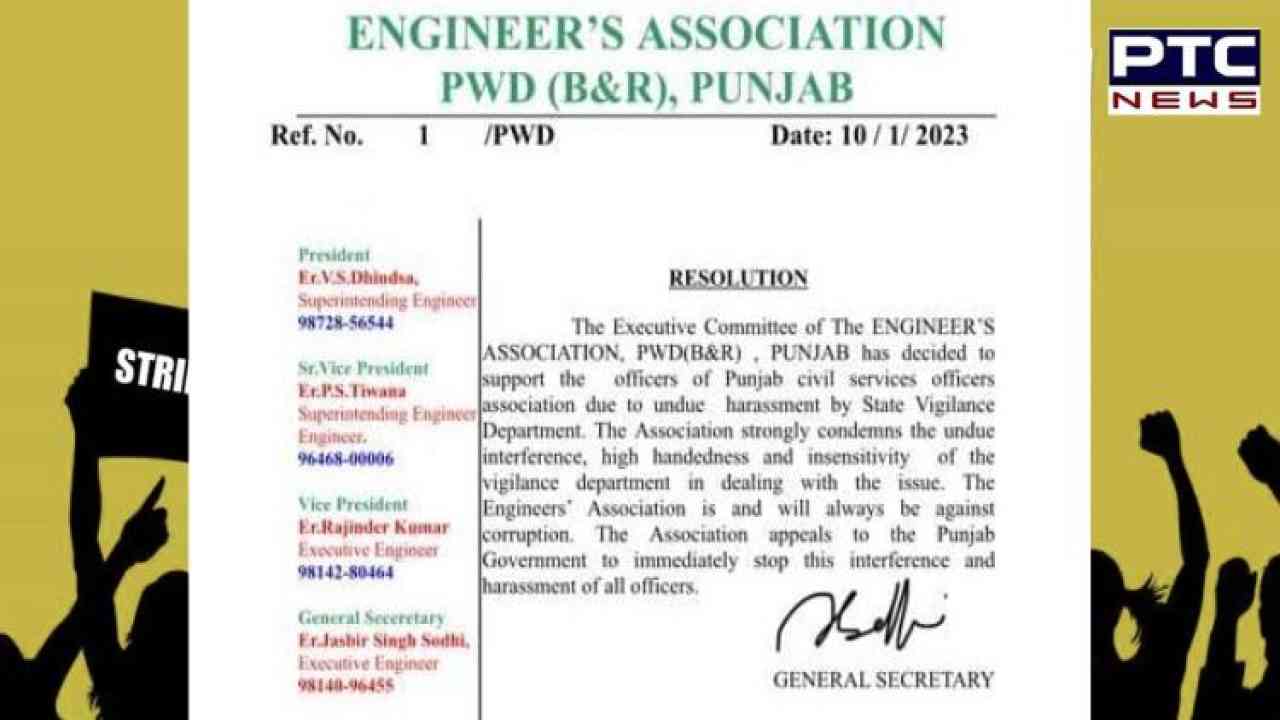 Chandigarh, January 10: PWD (B&R) Engineers Association on Tuesday extended its support to officers of Indian Administrative Service (IAS) and Punjab Civil Service (PCS) who are protesting against the Vigilance Bureau’s “arbitrary and illegal” actions against some of their colleagues.

Extending its support, the executive committee of the PWD (B&R) Engineers Association, Punjab said that it has decided to support the officers of the Punjab civil services officers association "due to undue harassment by State Vigilance Department."

"The Association strongly condemns the undue interference, high handedness and insensitivity of the vigilance department in dealing with the issue. The Engineers Association is and will always be against corruption. The Association appeals to the Punjab Government to immediately stop this interference and harassment of all officers," it added.

Earlier on Monday, the entire PCS cadre of the state proceeded on a week’s leave to protest against the recent arrests and FIRs against public servants.

Following the meeting with the IAS officers, the CM instructed the chief secretary to investigate the allegations and report to him, and constituted a committee under the chairmanship of an IAS officer to examine the issue of PCS officers.