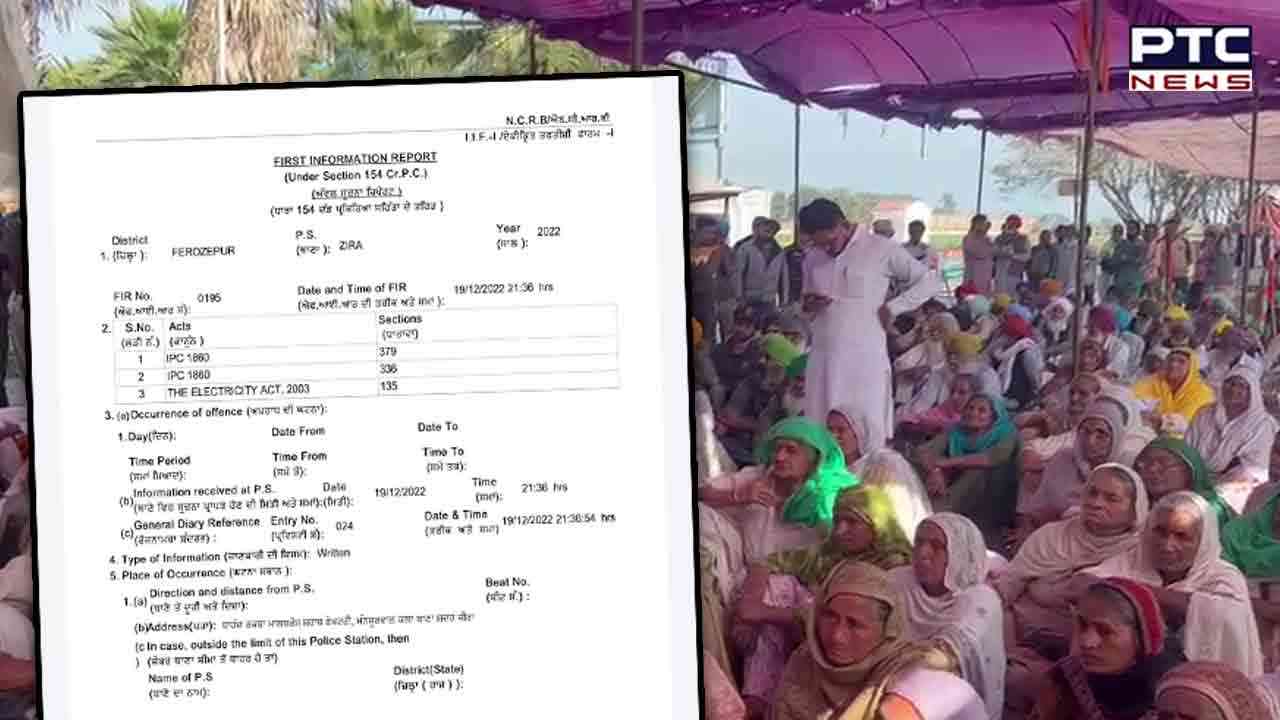 Zira, December 22: Days after Punjab and Haryana high court ordered farmers to end stir at Zira Liqour factory, 10 farmers have been booked for power theft. According to the information, a complaint has been registered against them fir using power transformer without any prior approval from authorities.

Complaint has been registered in Zira’s Sadar police station against 10 farmers over alleged power theft during the protest.  In the case of protests going on for several months outside the Zira liquor factory, the Punjab-Haryana High Court made it clear to the counsel for the protesters that a committee can be ordered to investigate the contaminated chemical coming out of the factory, but this First the protests have to end. The High Court gave 48 hours to the protesters to present their side and fixed the hearing on 23 December.

On behalf of the Punjab government, Advocate General Vinod Ghai said that an FIR has been registered regarding the protest there and a list of their properties has also been prepared. Senior advocate RS Bains, appearing for the protesters, said that this issue is related to the people of many villages near this factory. People are getting badly affected by the pollution coming from the factory. In such a situation, a high-level investigation of the pollution coming from this factory is very important.

The High Court said that their demand can be accepted and for this authorities are ready to set up a high level inquiry committee.