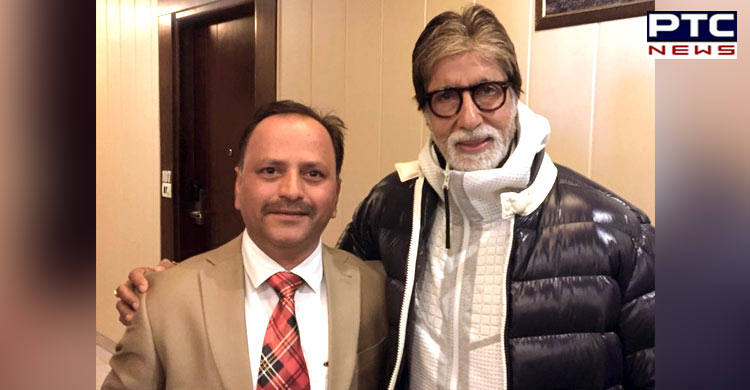 Punjab: Brahmastra actor Amitabh Bachchan on Thursday made a halt in Ropar on his way to Chandigarh from Manali. He did his breakfast and a brief halt at Heritage Haveli in Ropar, where he earlier did when he was enroute Manali. A huge crowd gathered to take selfies with the legendary actor; however, the security didn’t allow them to reach near the him.

Amitabh Bachchan completed his shoot in the minus degree at Manali, after which he was on his way to Chandigarh. He reached Ropar at around 10:30 am on Thursday. With Manali freezing at this point, Bachchan donned a heavy jacket and a pair of goggles. While sharing the picture on Twitter, Big B wrote, “minus degrees ..err like -3 .. protective gear .. and the work etiquette …”

Bachchan was last seen in the film Badla along with Taapsee Pannu, while he made a special appearance in Syeraa Narasimha Reddy, which was released on October 2. Helmed by Ayan Mukerji, Brahmastra is a sci-fi trilogy which has been shot in various location including Bulgaria, New York and Mumbai, among others. The film also features Mouni Roy and Nagarjuna in the pivotal roles. It will be released in the summer of 2020.