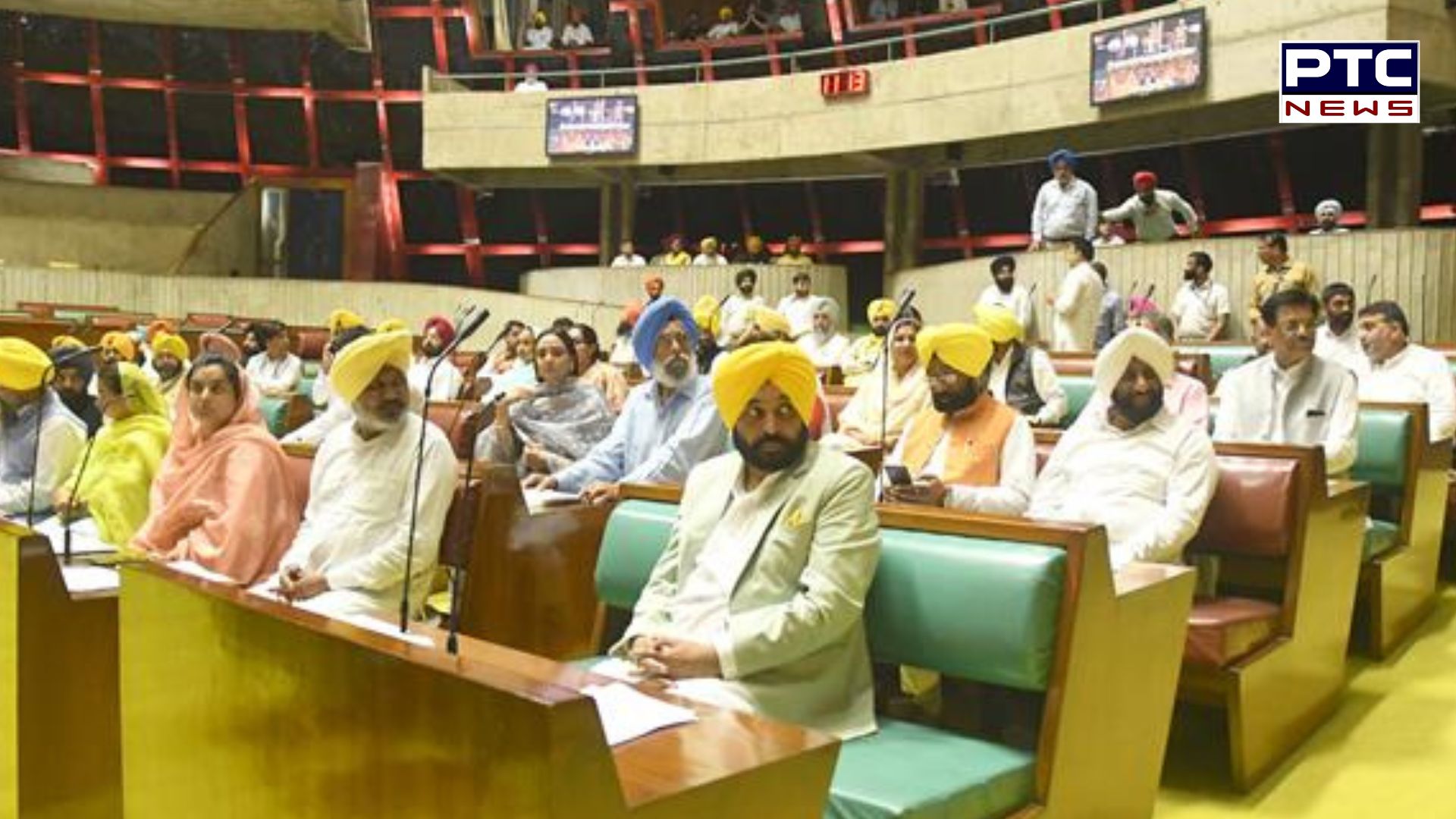 Chandigarh, October 3: The last day of the Punjab Legislative Assembly session has been eventful. After overcoming numerous legal obstacles and constitutional concerns raised by Governor Banwarilal Purohit, the Aam Aadmi Party's government was able to convene the 16th Vidhan Sabha.

However, when the discussion over the motion of confidence began, all opposition MLAs—with the exception of SAD MLA Manpreet Singh Ayali—staged a walkout.

Meanwhile, MLA Narinder Kaur Bharaj brought up the issue of inadequate staff and equipment in the fire stations of the state. She mentioned a fire incident in Ludhiana in 2017 that resulted in fatalities, mainly among firefighters.

Following this, Minister Inderbir Singh Nijjer announced that the government had decided to fill the posts of 990 firemen and 326 drivers and had also placed an order for a turntable vehicle from Germany.

Further, SAD MLA Sukhwinder Sukhi brought House's attention to the issue of dog menace in the state. According to SAD MLA, “At least 20,000 of the approximately 60,000 deaths worldwide caused by dog bites occurred in India."

To this, Minister Nijjer stated that the issue is serious and complicated since several departments are involved. "It is a big challenge to the government. We are trying to create a common platform. We need to work together to find a solution," he added.