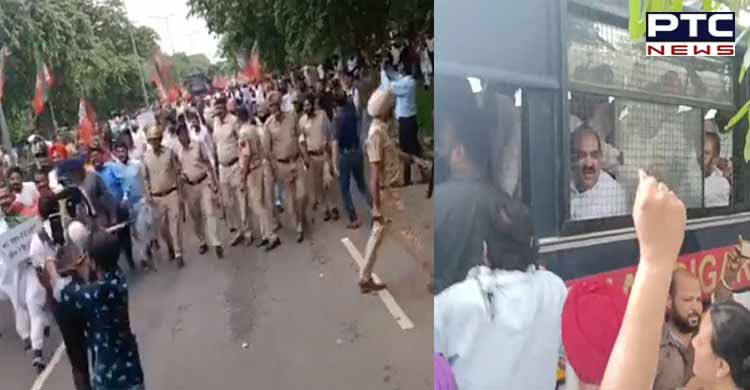 Chandigarh, September 22: Punjab Chief Minister Bhagwant Mann along with his 92 MLAs and other party workers is taking out a peaceful march towards the residence of Punjab Governor Banwarilal Purohit after the cancellation of the special meeting of the AAP government.

On the other hand, key BJP workers gathered outside the state headquarters in Chandigarh to hold a march towards Punjab CM Bhagwant Mann’s residence.

Meanwhile, the ruling party also called a one-day special session on Thursday to win the confidence of the people of the state, but after the Punjab Governor's approval was withdrawn, the AAP took out a protest march from Vidhan Sabha to Raj Bhavan in Chandigarh.

The Governor withdrew the permission a day before the session on the plea to seek legal opinion after the Opposition Congress and the BJP approached him arguing that the House rules did not allow it. 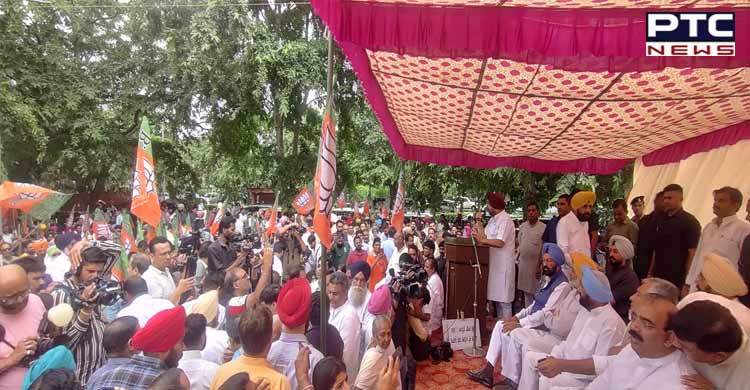 Meanwhile, to recall the session most probably by next week, the Cabinet called a hurried meeting here on Thursday.

The Punjab Cabinet has again passed a resolution to summon a special Assembly session on Tuesday, September 27.

While addressing a special meeting Chief Minister Bhagwant Mann also released a video and stated that he and his party will approach the Supreme Court against the move of withdrawal of the order calling the special session.

He also said that Congress and BJP parties are face to face and both sides are standing by each other's side over Operation Lotus.