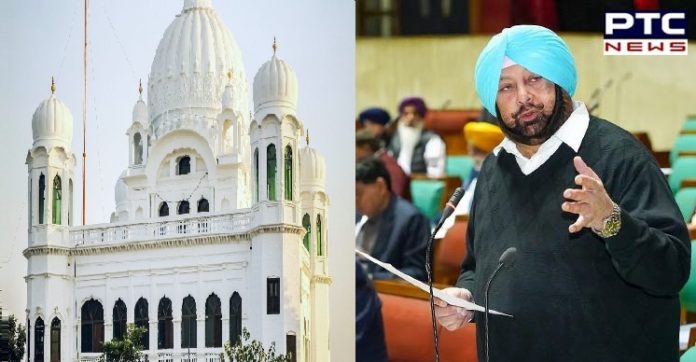 Punjab Budget Session 2020: The Punjab Assembly on Tuesday passed a resolution demanding requirement of the passport and a $20 fee for pilgrims visiting Sri Kartarpur Sahib in Pakistan be waived. The resolution said that the Aadhaar card should be used to allow the pilgrims to visit the holy shrine. Cabinet Minister Sukhwinder Randhawa moved the resolution asking the Union government to relax the passport condition for visiting Sri Kartarpur Sahib.

Meanwhile, the legislators of Shiromani Akali Dal and Aam Aadmi Party Punjab supported the resolution. Punjab Chief Minister Capt Amarinder Singh stated that an all-party delegation will be sent to the Prime Minister Narendra Modi to resolve the issue. He said that “We want our Union government to take up the issue with the Pakistan government.”

He added that the Union Minister Harsimrat Kaur Badal should also help with the issue in Delhi. Earlier, there was a high voltage drama on the clarification of CM Captain Amarinder Singh over Punjab DGP Dinkar Gupta’s remark over Kartarpur Corridor.

Dinkar Gupta during an event had said that the Kartarpur was a potential breeding ground for terrorism. He had stated that if you send somebody in the morning then he would be a trained terrorist by the evening. The remark stirred controversy as Shiromani Akali Dal leader Bikram Majithia and DSGMC President Manjinder Singh Sirsa among others slammed Punjab DGP for his remark.

Defending Dinkar Gupta, Punjab CM said that the DGP had already apologized. “Everyone makes mistakes,” he added. The CM had also said that the remarks by the DGP could have been avoided.