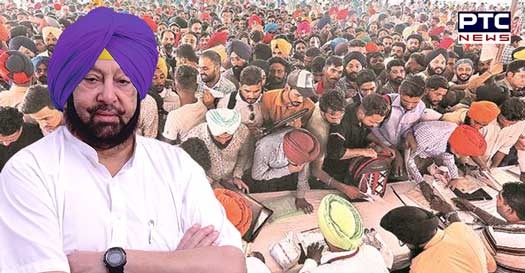 The Punjab Cabinet on Monday took a slew of decisions related to various cadres and servicemen in different departments, including approval for filling up of 185 vacant posts of doctors and paramedic staff in ESI hospitals and dispensaries.

The filling up the posts will help ensure the best healthcare services to nearly 12.92 lakh insured persons covered under the Employees State Insurance (ESI) scheme across the state, according to a spokesperson of the Chief Minister’s Office.

The spokesperson further pointed out that the total financial liability for the 185 posts would be Rs. 3.96 crore, of which Rs. 0.50 crore would be met by the State Government and Rs. 3.46 crores by the Employees' State Insurance Corporation, New Delhi (a statutory enterprise of the Government of India).

The Department of Health & Family Welfare has been entrusted with management and administration of 6 ESI Hospitals and 69 Dispensaries in the State. The Health Department is required to ensure adequate manpower in these ESI Hospitals and dispensaries, and to provide the medical facilities to the insured persons. The expenditure on running of the ESI hospitals and Dispensaries is borne by the State and ESIC (GoI) in the ratio of 1:7 i.e. 12.5% is to borne by State and remaining 87.5% is to be borne by ESI Corporation.

There are 12.92 lakh persons covered under the ESI Scheme. Employees drawing monthly pay of less than Rs.21,000,  working in industrial units/establishments having 10 or more persons, are covered under this Scheme.

Meanwhile, the Cabinet, chaired by Chief Minister Captain Amarinder Singh, has also accorded approval to the Defence Services Welfare Department to amend Para 8-B of the Punjab Recruitment of Ex-Servicemen Rules, 1982 to grant benefits to re-employed ex-servicemen for the services rendered during 2nd National Emergency Period from December 3, 1971 to March 25, 1977. This decision has been taken in compliance with the orders of the Supreme Court.

In another decision, the Cabinet has also approved the Punjab Excise and Taxation Department (Head Office) (Group-'A') Service Rules, 2018. The post of Superintendent Grade-1 falls in Group 'A' as per Finance Department instructions dated May 27, 2009. Consequently, separate set of rules is required to govern the service conditions of employees falling under Group 'A' at Head Office. The earlier applicable 'The Punjab Excise and Taxation Commissioner's office (State Service Class-III) Rules, 1954' have been repealed only to the extent applicable to Group 'A' employees.

The Cabinet has also accorded sanction for creation of four Dying cadre posts and inclusion of names of one Inspector and three Sub-Inspectors as Sports Persons, to ensure the overall efficacious  administration of Punjab police, besides raising the morale of its force.