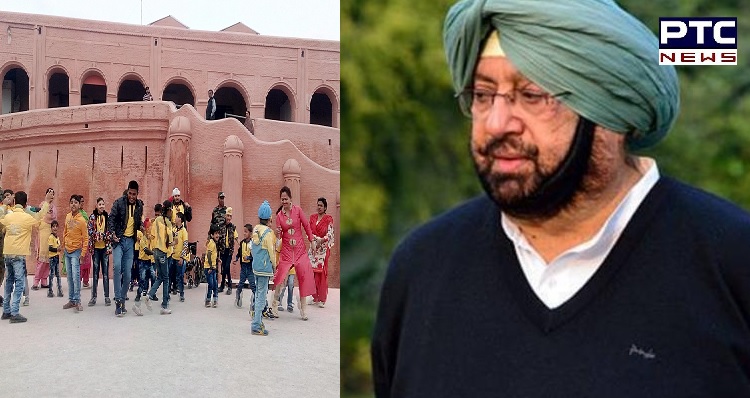 The museums at the Gobindgarh Fort, Amritsar, will now have fixed rate entry tickets to meet their operational, maintenance and upkeep expenses. Children under five will, however, be exempted from the tickets. The decision was taken here on Wednesday at a meeting of the state cabinet, chaired by Chief Minister Captain Amarinder Singh.

According to an official spokesperson, the Cabinet has approved the proposal mooted by the Tourism & Cultural Affairs Department to fix entry ticket of museums for different categories. The amount thus collected from entry tickets would be deposited with the Punjab Heritage and Tourism Promotion Board and the same would be utilized for operations, maintenance, upkeep and management of the museums.

In case, the amount collected from entry tickets is not sufficient, the gap would be met from the budgetary grant of the Department.

The Department has fixed Rs. 30 as an entry ticket for adults, Rs. 20 for students/children up to 18 years, Rs. 20 for senior citizens (above 60 years), Rs. 20 for defense personnel, and Rs. 20 for physically challenged persons.

The rates of a ticket for entry to these museums, namely 'The Arms Museum' and 'Coins Museum', would be revised annually by Punjab Heritage Tourism Promotion Board after approval by the Minister of Tourism & Cultural Affairs, subject to a maximum increase of Rs. 5 per ticket.

The Gobindgarh Fort was initially constructed by Bhangi Misl rulers, one of the 12 Sikh Misls, in 1760. In 1825, Maharaja Ranjit Singh conquered the fort, which remained under his occupation/control/possession till the British took over in 1845. The Maharaja named the fort as Qila Gobindgarh after the 10th Sikh Master Guru Gobind Singh.

In 1948, Gobindgarh Fort was taken over by the Indian Army. It was handed over to the Government of Punjab by the Government of India on December 20, 2006. Punjab Heritage & Tourism Promotion Board has been entrusted with the responsibility of conservation of the fort and its adaptive re-use.