Also Read: SAD takes up issue of screening of Sikhs without turban in Italy with Sushma Swaraj

.@SushmaSwaraj ji a case has already been registered and I’ve instructed the @DGPPunjabPolice to take appropriate action against the suspects immediately. Will keep you informed. https://t.co/6XilHX1c7F

On February 6, Sushma Swaraj tweeted CM urging him to take strict action against the illegal and unethical travel agents responsible for the traumatic experience that Punjabis had to undergo.

Sushma Swaraj tweet, “I have also spoken to @capt_amarinder, Chief Minister, Punjab to apprehend the concerned travel agents. He has promised immediate action in the matter. /2.”

Keeping it in mind, he has directed the DGP to take necessary and immediate action. 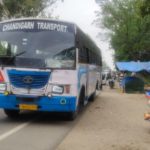