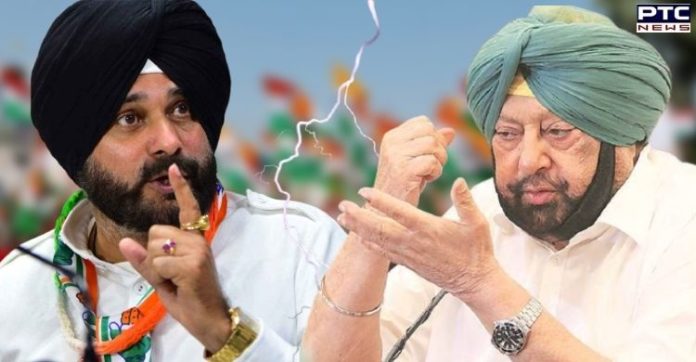 “Reports of Navjot Singh Sidhu seeking time to meet Captain Amarinder Singh are totally false. No time has been sought whatsoever. No change in stance… CM won’t meet Navjot Singh Sidhu till he publicly apologises for his personally derogatory social media attacks against him,” said Raveen Thukral in a tweet. 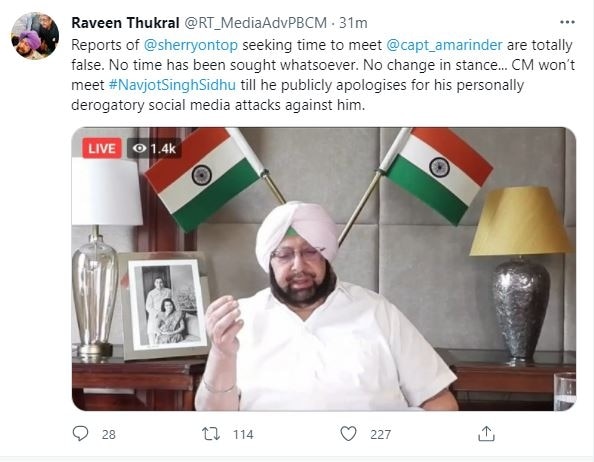 Even though the Congress high command has appointed Sidhu as the Punjab Congress President, the tussle between him and Chief Minister appears to be far from over. 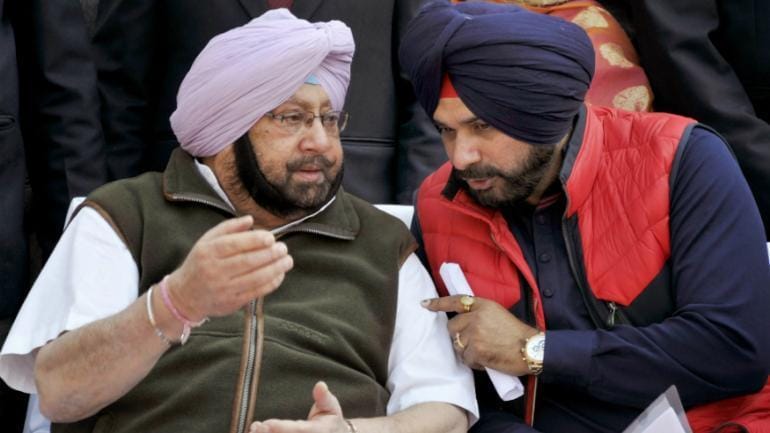 He said his appointment as Punjab Congress chief is welcome but he won’t meet Sidhu till he resolves his issues with the Chief Minister.

Last week, Captain informed Congress party’s in-charge for Punjab Harish Rawat that he will not meet Sidhu until he tenders an apology for his “derogatory” tweets against him.

On the other hand, Navjot Singh Sidhu’s camp, reportedly, rejected the demand for a public apology. As per the sources, Congress MLA from Jalandhar Cantt and close aide of Sidhu, Pargat Singh, said if somebody has to apologize, it is Captain Amarinder Singh.