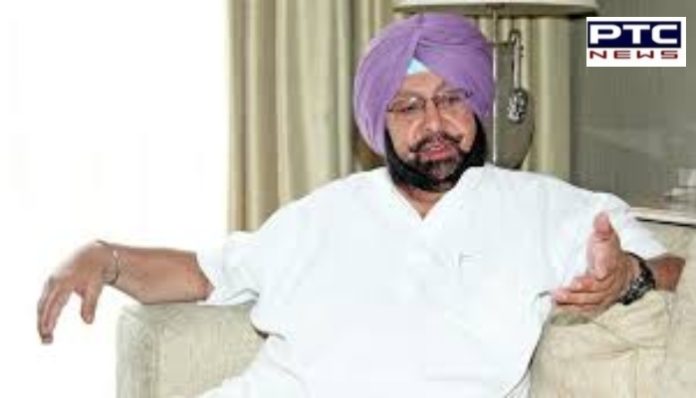 Despite declining cases, Punjab Chief Minister Captain Amarinder Singh on Monday ordered expanding the contact tracing of positive patients to 15 people and made it mandatory for Hospitals and Radiology Labs conducting CT scans to report such patients to the state administration in case of suspicion of coronavirus, as part of a slew of measures to strengthen the COVID management systems amid apprehension of second wave.

Further, to streamline and prioritize the process of COVID vaccination, the Chief Minister ordered a state-level 3-tier vaccine supervision mechanism, comprising a steering committee as well as state and district task force, to be put in place.

In sharp contrast to some other states that are depending heavily on the less reliable Rapid Antigen Testing (RAT), Captain Amarinder also directed the Health Department to make RT-PCR the rule, with RAT to be treated as exception, while ordering another Sero Survey to assess the ground situation.

In other steps, he directed 24×7 testing facility to be made available at District Hospitals, all fever cases/other symptomatic coming to Health Facilities to be tested with RTPCR and all patients attending the flu corners to be tested with RTPCR. He stressed the need to make arrangements for walk-in testing at multiple points, and asked the Health Department to consider branching out testing by scaling up local initiatives like Mohali’s out-door testing.

The Chief Minister asked the Health Department to get information from private and public hospitals regarding COVID mortality and complete the audit by 9th November so that remedial action can be taken by mid-November. Emphasizing the importance of ensuring preparedness for a second wave, he also directed the Department to meet manpower shortage, especially in L-II facilities, by filling all gaps in mission mode. Those who have been selected must be immediately given appointment letters and asked to join, he said, in response to a concern expressed on this count by Health Minister Balbir Sidhu.

Chairing a virtual meeting of medical and health experts and officials, Chief Minister Captain Amarinder Singh warned against any complacency amid projections of a more severe second wave, in keeping with the global trend. He urged organizers of social and religious congregations, that have been permitted, to also encourage the participants to get themselves tested. He asked officials to encourage citizens organizations and NGOs, and also to reach out to people through the Lok Sanjhedari programme, to discourage the use of firecrackers this Diwali season.

Noting that people were now relying on CT scans in a big way instead of getting themselves tested for COVID, the Chief Minister directed the Health Department to make sharing of information regarding those coming for CT scans with the health authorities.

The state government’s health expert committee head, Dr. KK Talwar, earlier said unless checked, the practice of patients confining themselves to CT scans could be dangerous for the state.

To ensure that distribution of the vaccine, once available, is prioritized among the vulnerable groups, including health workers and people with co-morbidities, Captain Amarinder ordered the constitution of a State Steering Committee, to be headed by the Chief Secretary, with monthly meetings to supervise the progress.

A State Task Force, to be Headed by Principal Secretary Health, shall hold meetings every fortnight, while at the district level, the Districts Magistrates will head the District Task Force, which will meet on a weekly basis.

Stressing the need for extreme caution and extensive testing so that the situation, which has improved in recent weeks, does not aggravate, the Chief Minister said the positivity rate had come down to around 2% but the state could not afford to be lax under any circumstances. He stressed the need to increase surveillance and strictly follow COVID appropriate behaviors till a safe and effective vaccine is available.

The Chief Minister asked the concerned departments to dedicate the month of November to carry out testing of all staff, including health, police, revenue and other civilian staff. He said his government had already sanctioned approximately Rs. 900 Crore for COVID Response and added that funds will not be allowed to become a constraint for ensuring full preparation and best response. He directed the Health department to increase testing to 30000 a day, with at least 100 tests per lakh population.

Medical Education Secretary DK Tiwari said there were at present 95 patients admitted in the three medical colleges, with no death being reported in these institutions in the past one week. He informed the meeting that of the total 462 health workers tested positive, currently 17 were still infected, though fortunately there were no deaths. He further disclosed that the Department was awaiting approval from the Government of India to re-start classes at the medical colleges.

To a query from the Chief Minister regarding plasma therapy response, Tiwari said of the 71 patients given the therapy in government medical colleges, 6 had not survived, while in the private institutions, 8 of the 47 given plasma therapy had died.

Meanwhile, the Chief Minister today also released a book documenting the efforts of the State of Punjab in battling COVID since the lockdown was imposed. The book has been prepared by MGSIPAP in collaboration with Ernest & Young.