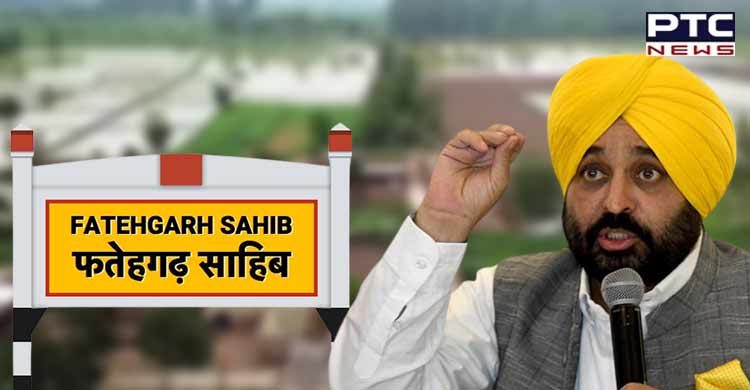 Earlier, the textile park was proposed at Mattewada in Ludhiana, but the project was shelved following widespread protests. It has now been proposed to be set up built in Fatehgarh Sahib under the Textile Park under PM Mega Integrated Textile Region and Apparel Parks (PM MITRA) scheme.

The Punjab Government will give 1,000 acre of land for the project. CM Bhagwant Mann has already sent a proposal to the Centre in this regard.

Punjab CM Bhagwant Mann said while constructing this park, all rules related to the pollution board of the Centre and the state would be followed.

He said the basic condition for this project was to have 1,000 acre of land at one place, which the Punjab Government had earmarked in Fatehgarh Sahib. Bhagwant Mann said all requirements related to the project would be completed soon.

CM Bhagwant Mann claimed that after the construction of this park in Fatehgarh Sahib, Punjab would become the textile hub of the country. This project would lead to industrial development in Punjab. This would also attract investors and employment would be generated.

Bhagwant Mann unequivocally said this project would also put the state on the orbit of a high growth trajectory of Industrial growth.

He said the Government of India (GoI) had approved the scheme for setting up seven PM Mega Integrated Textile Region and Apparel Parks (PM MITRA) across the country in partnership with the interested state governments. Bhagwant Mann said the Union Minister that under this scheme the state government is ready for setting up of Textile Park at Fatehgarh Sahib.

The Chief Minister categorically said all environmental clearances and norms as fixed by Centre and State Pollution Control Boards would be adhered to while setting up this Mega Integrated Textile Region and Apparel Park.