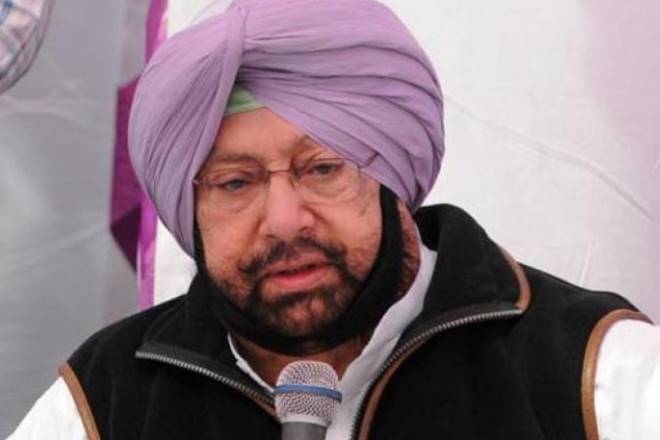 While leaving it to the Centre to decide on ordering a probe into Friday’s Dera violence, Punjab Chief Minister Captain Amarinder Singh on Sunday said no compensation would be given to law breakers from his state who were killed in the Panchkula carnage.

The Chief Minister said while interacting with media persons during his tour of nearly a dozen areas in some of the sensitive districts in Malwa region of Punjab.

Making it clear that it was a matter to be decided by the central government, the Chief Minister reiterated that the main cause of the trouble was allowing a humongous crowd gather in Panchkula.

This had led to the carnage in which, of the 24 bodies identified so far, 11 victims each were from Haryana and Punjab and one each from Rajasthan and Uttarakhand.

Captain Amarinder, in reply to a question, welcomed the Prime Minister’s strong condemnation of the Dera violence and expressed the hope that the central government would tackle the criminals who indulged in violence with an iron hand.

While giving a free hand to the police to crack down on potential trouble makers ahead of the sentencing of rape convict Ram Rahim, the Chief Minister made it clear that his government was fully geared up to maintain peace in the state at all costs.

Chief Minister said that while his government was preparing a list of the damage caused to public and private property, there would be no compensation for those who took the law in their hands and indulged in violence. The list of damaged property would be submitted to the Punjab & Haryana High Court for recovery of compensation from the Dera, as per the court’s directions

The Chief Minister later said 45 preventive arrests have been made so far under sections 107/151 in the seven districts of the sensitive Bathinda zone, which was considered the base of Dera supporters in Punjab.

A total of 23 FIRs have been registered, with 30 arrests, he said, adding that 62 petrol bombs had been seized. The police have also recovered a 12-bore gun with a dozen cartridges and a .22 revolver with 28 cartridges, said the Chief Minister, expressing satisfaction that the situation in the region was under control and there was no sign of panic among the people. Day curfew in the area had been lifted and the district administration would again review the situation at night, said Captain Amarinder.

Besides Mansa, where he started his tour from Kotli Kalan, the Chief Minister toured the areas of Maur, Bhatinda, Balluana (Bathinda Rural), Gidderbaha and Malaout, where he met the people and security forces to thank for ensuring complete law and order amid the mounting tension on Friday.

The Chief Minister said there had been no fresh incident of violence in Punjab after Friday’s minor cases of attack on property and vehicles by Dera supporters. Captain Amarinder said eight people from Punjab were killed during the mayhem in Panchkula.
There was no loss of life in these incidents in Punjab, the Chief Minister reiterated, adding that the situation in the state was completely stable.

He directed the district administration and police to ensure that there is no disruption of peace in the region and all steps are taken to maintain law and order.