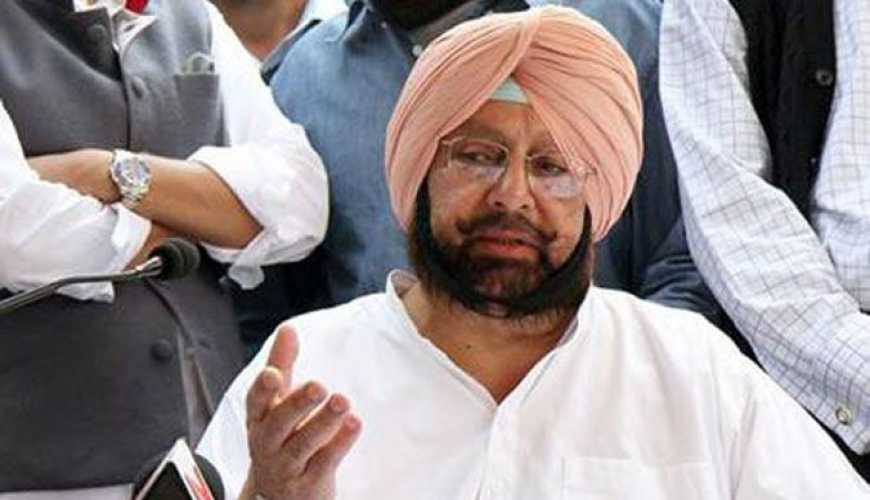 Punjab Chief Minister Capt Amarinder Singh has written to Prime Minister Narendra Modi, requesting that the sharing pattern between centre and states be reverted to 90:10 for agriculture development programmes in order to avert the looming crisis in the farm sector.

"The target of doubling farmers' income in five years appears almost unachievable unless urgent steps are taken to re-direct the focus and provide the essential institutional support," the letter said.

Underlining Punjab’s role in the Green Revolution, the chief minister said while there had earlier been huge increase in productivity of food grains and in arable area under wheat and paddy, the production potential of these crops with the currently available technology had been fully exploited.

On the one hand, growth in productivity and real farm incomes had materially slowed down and on the other, the very sustainability of the rice-wheat cropping system is under threat due to over-exploitation of natural resources, i.E. soil and water, he said.

In these circumstances, there was urgent need for diversification.

However, he pointed out, that the sharing pattern of the major agricultural development programmes had been regularly and repeatedly amended.

States have now been asked to contribute 40 per cent of the outlay as state share, even though they lack financial resources and capacity to alleviate farmers’ distress on their own, with Punjab being no exception, he observed.

With increase in farmer distress across India due to various factors including weather aberrations and fall in commodity prices internationally, Punjab had been requesting for 90:10 formula as that would facilitate efficient implementation of the programmes and encourage investments in agriculture, he said.

Further, instead of providing tightly compartmentalised interventions under various programmes, more flexibility should be provided to states in designing interventions keeping in view their area-specific requirements, Capt Amarinder said.

These measures, it was felt, would contribute in improving the economic viability and ecological sustainability of farming and thereby, help in checking the prevailing distress in the farm sector, he said. PTI