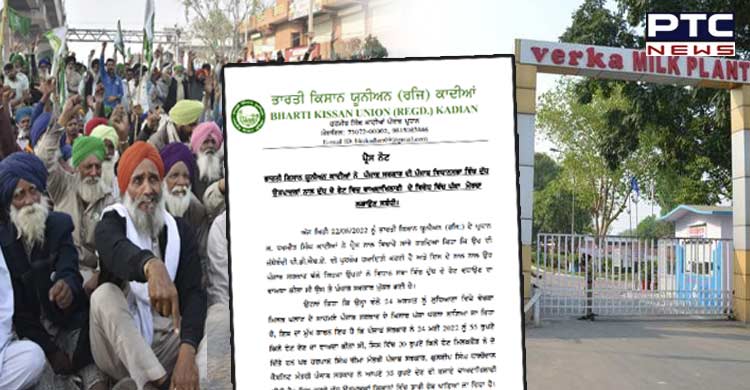 Ludhiana, August 23: Dairy farmers of Punjab have announced to stage a dharna in front of Verka Milk Plant, Ludhiana, on August 24 against the state government's failure to implement an economic package.

The dairy farmers claim that they have been attempting to speak with the authorities for several months, but neither the chief minister nor finance minister Harpal Singh Cheema are willing to talk with them.

Farm leader Harmeet Singh Kadian claims that the Punjab government broke its promise to raise milk prices. "Now, the dairy farmers have decided to present a firm front and protest against the AAP government in Punjab."

According to the farm leader and dairy farmers, the Punjab government announced in a meeting that the fat would be increased by Rs 55 per kg, with Milkfed getting Rs 20 per kg fat. The government was supposed to pay Rs 35 per kg fat in milk price, which is constantly postponed, they said.

He stated that following the declaration of this rise, it was also authorised during the budget session, but the increase of Rs 35 per kg fat has yet to be implemented, forcing dairy farmers to adopt the path of struggle.