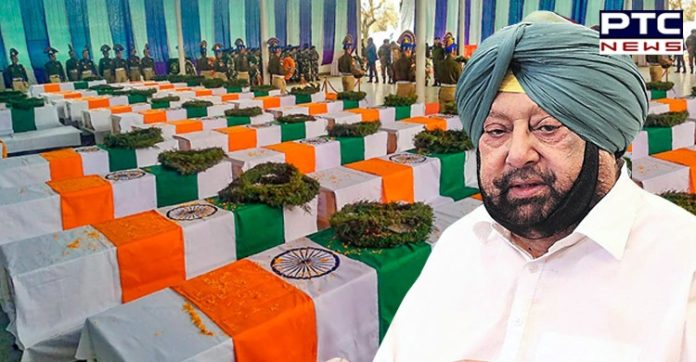 In a path-breaking initiative aimed at providing financial assistance to the next of kin (NOK) of martyrs and disabled soldiers, during various operations, the Punjab Government has notified manifold increase in the ex gratia amount.

A spokesperson of the Defence Services Welfare Department said that the total amount to be paid to NOK of martyred soldiers has been increased to Rs. 50 Lakh. In the case of married martyr soldier Rs. 35 Lakh will be paid as ex-gratia, Rs. 10 Lakh as Additional relief to parents, and Rs. 5 Lakh as cash in lieu of plot.

The spokesperson also added that these increased rates would be applicable to the battle casualties with effect from June 15, 2020.

The Finance Department has also approved to disburse 10 percent of the total amount of ex gratia (Rs. 5 Lakh) at the time of the Bhog Ceremony and the remaining 90 percent would be given to the Next of Kin after receiving the Battle Casualty Report from the Integrated Headquarters of the Ministry of Defence (MoD).