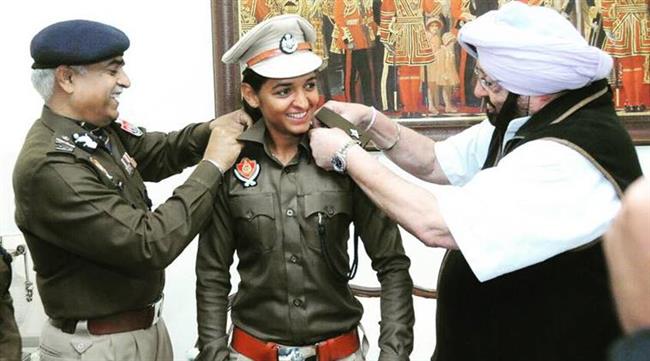 Captain of Indian Women’s T20 team, Harmanpreet Kaur, has finally been removed from the post of Deputy Superintendent of Police (DSP) by the Punjab Government as her graduation degree turned out to be fake.

Punjab Chief Minster Captain Amarinder Singh has given an affirmation on the file sent by the Home Department for the withdrawal of Harmanpreet's DSP post.

Meanwhile, the file has been sent to the Home Department for further investigation in the case. She has now been appointed as a constable, as per the official information.

The decision was earlier taken by the Home department but the Punjab Police has decided not to initiate any legal proceedings against the cricketer.

Harmanpreet who comes from Punjab’s Moga area had reportedly submitted her graduation degree purportedly conferred upon her by Chaudhary Charan Singh University, Meerut.

However, it turned out to be fake on verification and the university also denied having Harmanpreet as a student. The case was then sent to the Home department which is headed by Chief Minister Captain Amarinder Singh.

Harmanpreet was earlier employed with the Indian Railways but had resigned from the post to join Punjab Police earlier this year in March. She was offered the post of DSP in Punjab Police by Chief Minister after her superb performance in last year’s Women’s World Cup.

When Harmanpreet was offered the job of DSP, she was working as Office Superintendent with Western Railways on a five-year contract. Since she had only completed two years, was not allowed to leave Railways.