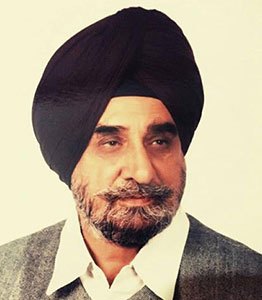 He asserted that the families of soldiers who died in the line of duty were justified in expressing their displeasure over the cricketer-turned-politician's hug.

"Sidhu sahab is my senior colleague. I cannot dictate him. I can only suggest that he can gracefully say sorry to the families of martyrs who expressed unhappiness (over embracing the Pakistan Army chief). I think there is no harm in saying sorry. He is a wonderful person and a senior minister," Bajwa said here.

Sidhu was widely criticised for hugging the Pakistan Army chief during his visit to Pakistan to attend the swearing-in ceremony of Pakistan Prime Minister Imran Khan.

However, Bajwa said, "a friend had invited a friend" and there was no "crime" in Sidhu going to attend the ceremony in Islamabad.

Earlier, the CM had said, "It was wrong for him (Sidhu) to have shown the affection he did for the Pakistan Army chief. I am not in its favour...The fact is that the man (Sidhu) should understand that our soldiers are being killed everyday. My own regiment lost one Major and two jawans a few months ago."