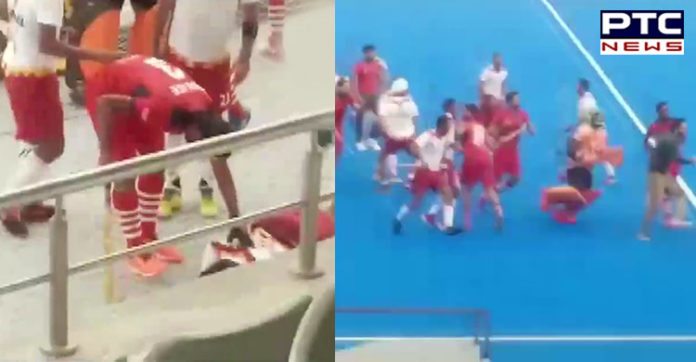 A scuffle broke out between hockey teams of Punjab Police and Punjab National Bank during the final of the 56th Nehru Hockey Tournament on Monday. Hockey India CEO Elena Norman said, “We’re awaiting an official report from tournament officials, based on which Hockey India will take necessary action.”

The incident took place when PNB was on the attack inside the Punjab Police circle. Both teams were at 3-3. Players exchanged blows and fought with sticks inside the turf before tournament officials rushed to stop them. The match continued after a brief interruption with eight players on each side as on-field umpires gave red cards to three players each from both teams.

The Punjab Police manager got the red card for instigating his players. Eventually, the Punjab National Bank team lifted the title after winning the match 6-3.

Delhi: Indira Gandhi International Airport to get Air Train by 2022