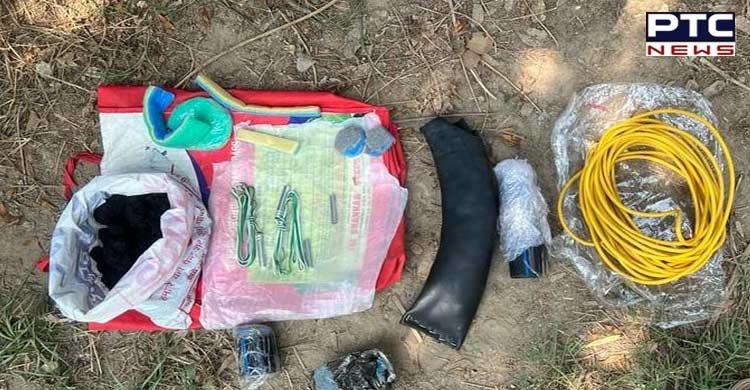 Chandigarh/Tarn Taram, September 8: In a major blow to the ISI-backed terror module jointly handled by Canada-based gangster Lakhbir Singh alias Landa and Pakistan-based Gangster Harvinder Singh Rinda, the Punjab Police have arrested their three close-aides, besides, identifying at least another 25 accomplices who were aiding them in carrying out illegal activities across Punjab and adjoining states, Director General of Police (DGP) Punjab Gaurav Yadav informed on Thursday.

The DGP further informed that the arrested persons include Nachhatar Singh alias Moti, the prime perpetrator of planting Improvised Explosive Device (IED) in the Shahabad area of Kurukshetra in Haryana. Nachhatar Singh hails from village Bhattal Sehja Singh in Tarn Taran. This terror module was busted by the Haryana Police, he added.

The other two arrested accused persons have been identified as Sukhdev Singh alias Shera of village Gandiwind and Harpreet Singh alias Happy alias Billa of village Naushera Pannuan in Tarn Taran, he added.

The Police have also recovered one Improvised Explosive Device (IED) containing RDX weighing 1.5Kg along with detonator, two pistols including .30 bore and .315 bore along with eight live cartridges, and a Splendor motorcycle without a registration number from their possession.

As per the preliminary investigations, the DGP said it has been revealed that the trio of accused persons were in direct contact with Lakhbir Landa, and were involved in extortion and cross-border smuggling of arms, explosives, and drugs at a large scale.

The development came amid the ongoing war against drugs and gangsters waged by the Punjab Police under the directions of Punjab Chief Minister Bhagwant Mann to make Punjab a drug-free and crime-free state.

The SSP said that the Landa-Rinda gang has a network of around 40-50 people, of which, the Police have already identified as many as 25 operatives of the gang and a manhunt has been launched to nab them. He said that further investigations are on, and more recoveries of arms and explosives are expected.

Landa (33), who is a native of Tarn Taran and fled to Canada in 2017, had conspired Rocket Propelled Grenade (RPG) terror attack at Punjab Police Intelligence Headquarters in Mohali and had also planted an IED beneath Sub-Inspector Dilbag Singh’s car in Amritsar. He is considered to be the close aide of Pakistan-based wanted gangster Harvinder Singh alias Rinda, who had joined hands with Babbar Khalsa International (BKI).