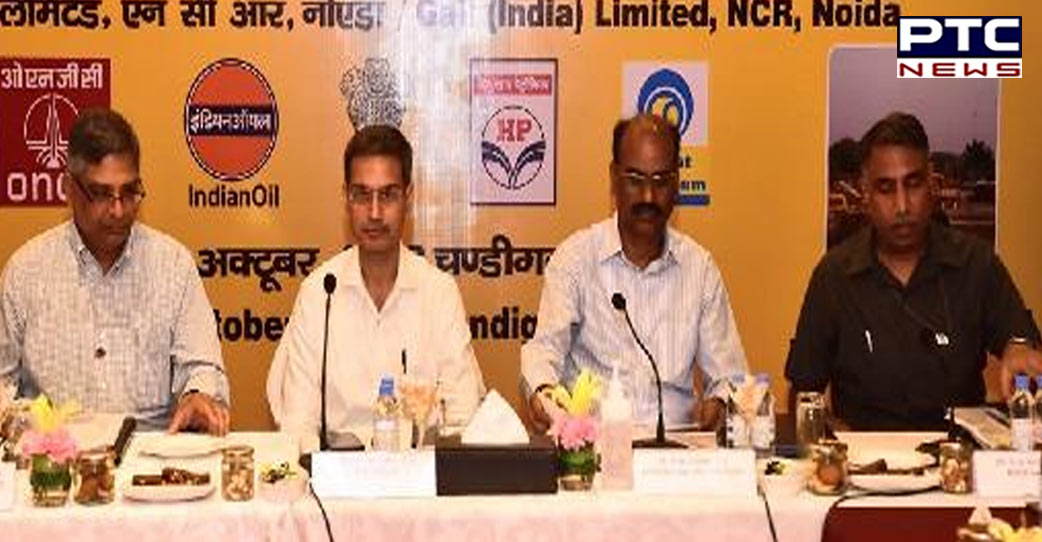 Chandigarh, October 12: Punjab DGP (Director General of Police) Gaurav Yadav, who is also the Chairman of the Onshore Security Coordination Committee (OSCC), assured complete assistance and support from the State Police to the Oil and Gas Companies, ensuring the security and safety of oil and gas, which are vital National Assets.

His remarks come as the DGP chaired the 3rd OSCC meeting organized by the Gas Authority of India Limited (GAIL) in Chandigarh. The meeting took place to review the safety measures in place for the security of oil installations in the state.

A number of issues such as the Standard Operating Procedures (SOPs), scaling up of security, and keeping vigil via CCTVs and Drone Surveillance were also discussed during the meeting, which was aimed at effective coordination between the stakeholders.

DGP Gaurav Yadav stated that although Punjab has been secure so far, the Police and Oil-Gas Companies need to be alert and aware all the time, and should work together for the safety of the oil and gas. He further stressed the need to hold District Level Security Coordination meetings for greater synergy between oil-gas companies and District Police.

The Punjab DGP also proposed to depute Special Squads, which would exclusively look after Oil and Gas related crimes. He said that the Punjab Police will also explore the feasibility to link the Perimeter Intrusion Detection Systems (PIDS) or Emergency Response System for prompt action.

The DGP also reiterated the importance of regular updation of contingency plans and mock drills.

He requested all oil and gas companies to feel free to reach out to the Punjab Police for any kind of assistance they require.