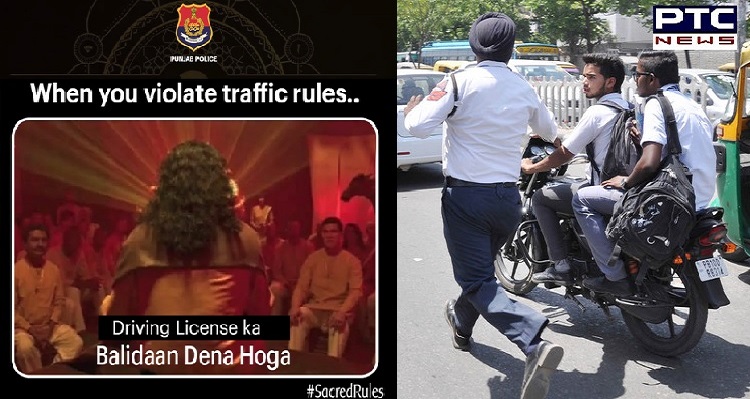 The Punjab Police captioned the tweet as, "The sign of a good driver is the ability to be aware of all traffic rules. Stay alert, stay safe or else you might sacrifice your driving license." Well, this is a clear warning to the citizens requesting them to alert and to be safe. The Punjab Police warned the people asking them to follow the rules or else the license will be taken away.

The meme shared by the Punjab Police is from the upcoming Netflix web-series Sacred Games 2. The series is all set to be premiered on August 15. The Netflix story features Saif Ali Khan, Nawazuddin Siddiqui and Radhika Apte, Pankaj Tripathi in the lead roles. The new season is featuring actors such as Kalki Koechlin and Ranvir Shorey.