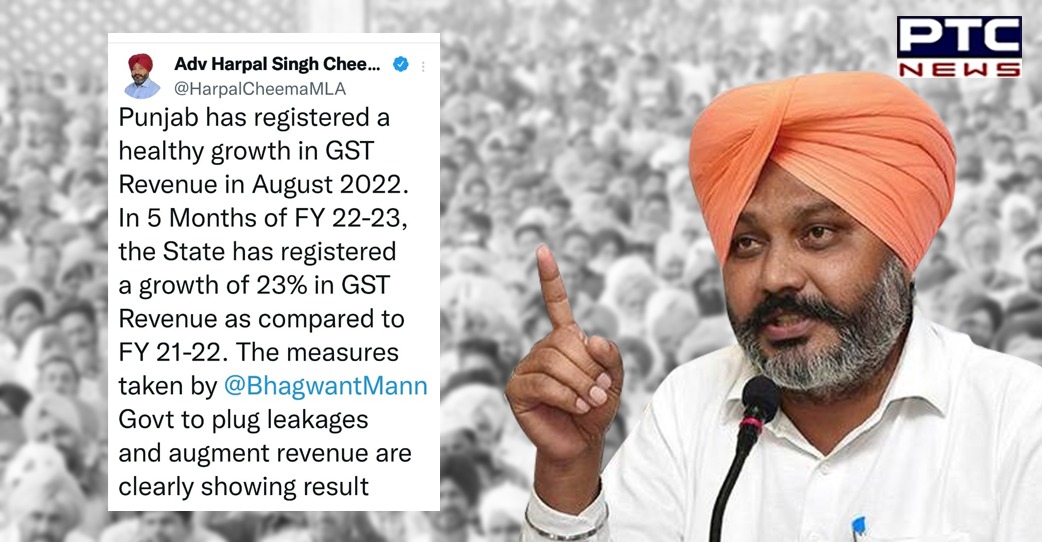 Chandigarh, September 1: Punjab Finance, Planning, Excise and Taxation Minister Advocate Harpal Singh Cheema on Thursday said that the state has registered a growth of 23 percent in GST Revenue during the current fiscal year as compared to the first five months of FY 2021-22.

In his tweet, the finance minister stated that the measures taken by the Punjab Government led by Chief Minister Bhagwant Mann have been proved to be fruitful in plugging the leakages and the increase in revenue has been clearly reflecting in the results.

The minister also shared the figures for the state-wise growth of GST revenues during the month of August 2022.  Punjab registered a 17 percent growth of GST revenue during August and remained ahead of the large states like Uttar Pradesh, Madhya Pradesh, Gujarat, and Rajasthan in growth rate.

Meanwhile, reiterating the commitment to put the state on a rapid growth rate track to meet the targets fixed in Budget for FY 2022-23, Cheema said that the Chief Minister Bhagwant Mann led state government has been putting in every effort to increase the revenue of the state whereas the previous Congress government failed to make such efforts and remained dependent merely on the GST compensation being provided by the Centre Government.