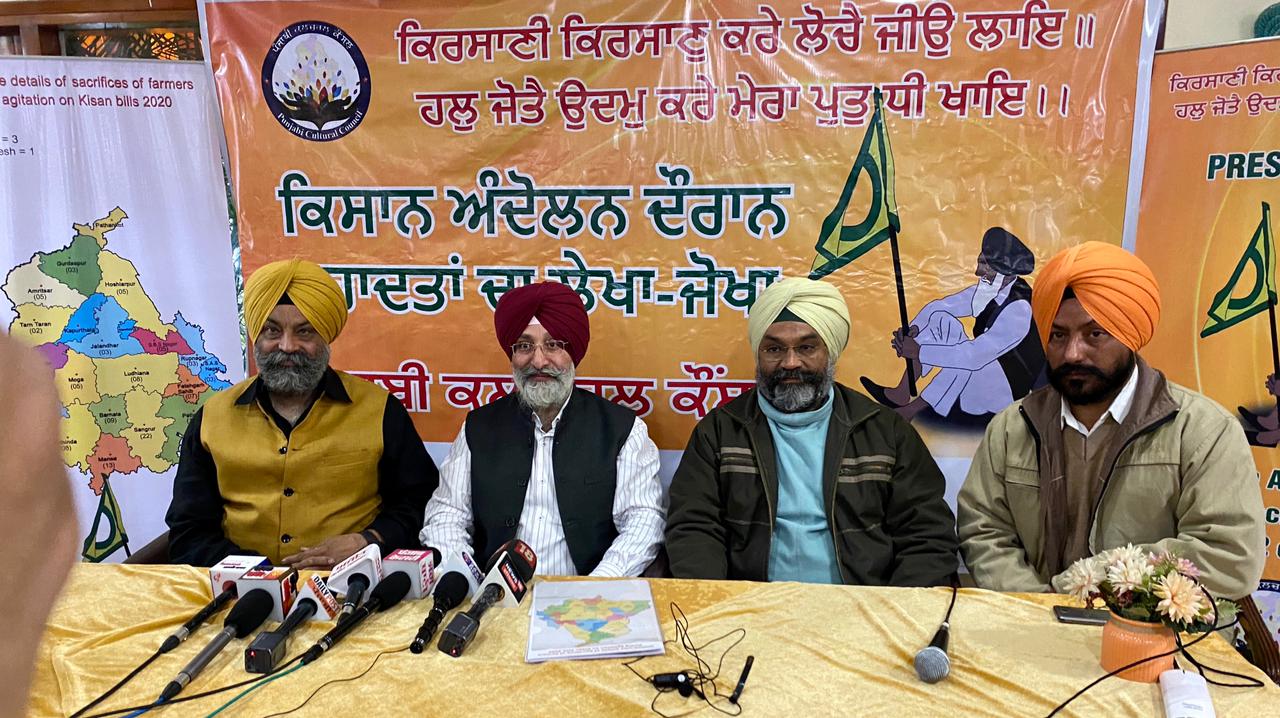 The Punjabi Culture Council held a press conference on January 24 at 11 am at Sunbeam Hotel, Chandigarh in which the council released a list of farmers who were martyred while fighting for their rights on the borders of Delhi against agricultural laws.

Details of the houses and families of the martyred farmers will also be given. This is the first time that the list of these farmers has been made public. 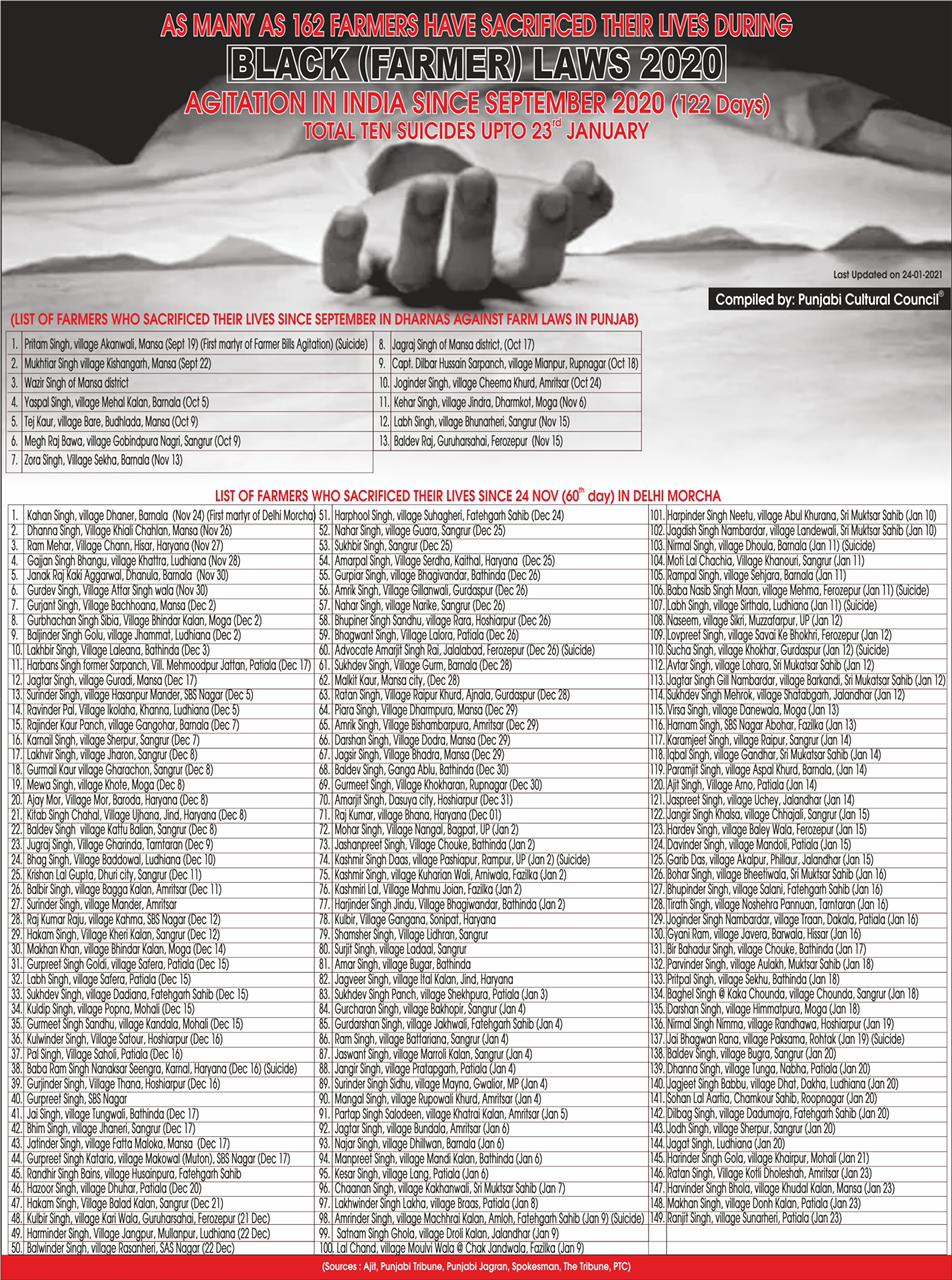 Many farmers have sacrificed their lives in the struggle for some time now and everyone across the globe is saluting the martyrdom of these people. 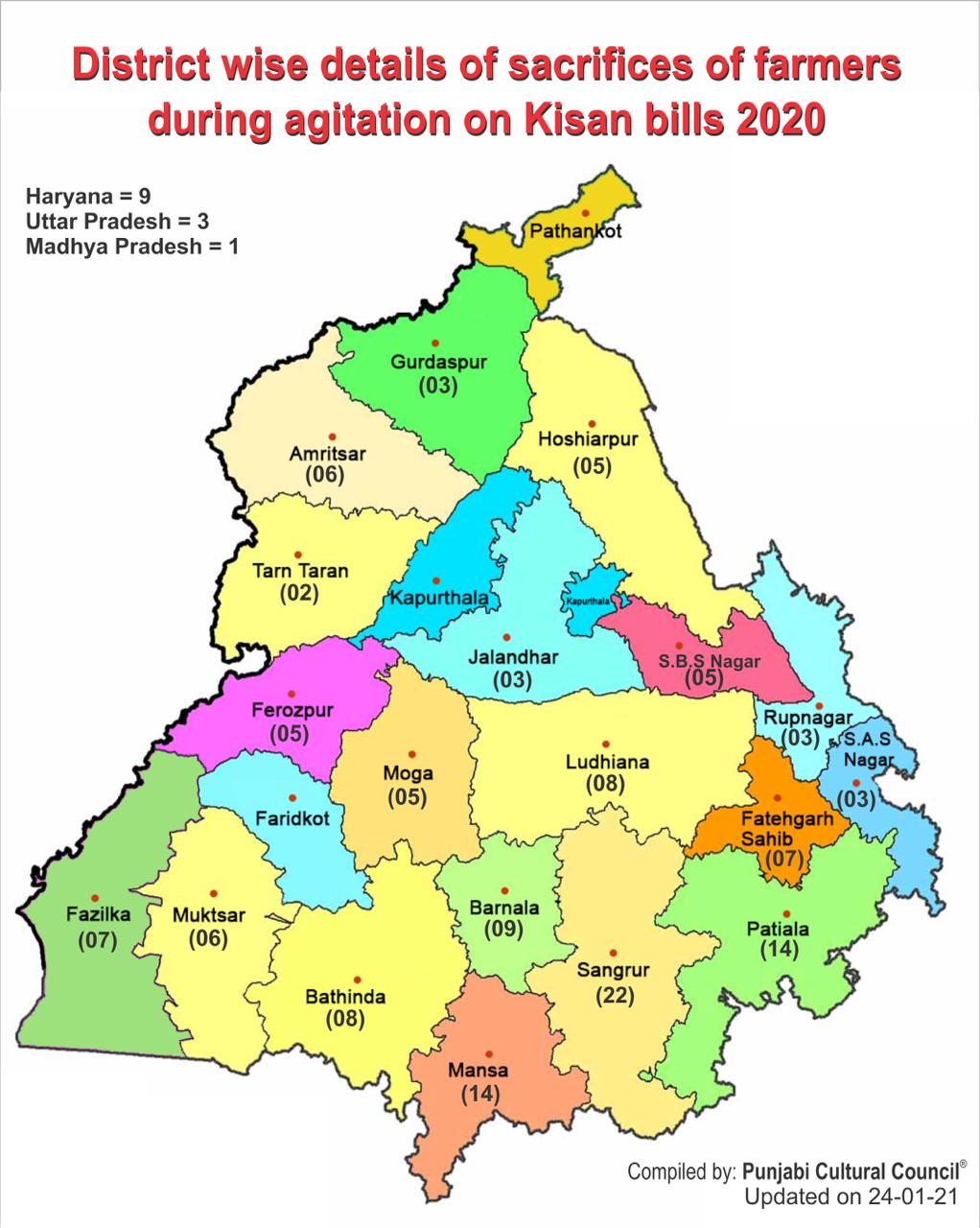 On Republic Day, January 26, tractor march would be taken out by the farmers for which all the preparations have ben done by the organizations and now a round of meetings between Delhi Police and farmers is underway.