Hundreds of workers of the Congress-led UDF assembled outside the district collectorate in Wayanad, a scenic hill area in the Western Ghats of Kerala, as Gandhi filed the nomination.

Braving the scorching heat, thousands of party workers, including men, women and youth gathered in Kalpetta town and its suburbs to see the Congress’ prime ministerial candidate, who landed here to file his nomination from the constituency which has the presence of various ethnic tribal groups.

After completing the nomination procedures at the collectorate here, Rahul Gandhi along with Priyanka Gandhi and senior leaders of the Congress-led UDF in Kerala undertook a roadshow to greet the voters of this constituency.

The narrow lanes of Kalpetta town were packed with excited onlookers waiting in anticipation for the Congress chief and other party leaders, including Priyanka Gandhi.

Talking to reporters after filing his nomination, Rahul Gandhi said he was fighting the polls from down south to send a message that India was one.

“I have come to Kerala to send a message that India is one. South, north, east, west, centre… All are one… There is an assault taking place across the country by the RSS and BJP. I just want to send a message and I will stand from south India and north India. My aim was to give a message,” he said.

“There is a feeling in south India that the way the Narendra Modi government is functioning, their (south) culture, language, history all are being attacked.

“So I wanted to give a message that I will fight from north and south,” the Congress chief said, in response to his main opponent in Amethi, Union minister Smriti Irani alleging that his decision to fight from Wayanad was an insult to the people of Amethi.

Priyanka Gandhi appealed to the people of Wayanad to take care of her brother and assured that he would not let him down.

“My brother, my truest friend, and by far the most courageous man I know. Take care of him Wayanad, he wont let you down,” she tweeted after the roadshow.

Party workers shouted that they would ensure a thumping victory for Gandhi.

“We all are excited. All sections of people gathered here to greet our prime ministerial candidate. We will ensure a thumping victory for Rahul ji from the soil of Pazhassi Raja,” Ashraf, a UDF worker, who came from Vandoor assembly constituency said.

Gandhi said he would “absorb all the criticisms” of the ruling CPI(M)-led LDF in Kerala, which is miffed over his Wayanad candidature, and made it clear that he will not speak against the Left parties during his campaign.

The CPI(M) and Congress have been locked in a fight in Kerala and it will go on, he told reporters, adding he wanted to send a message of unity.

“The CPI(M) and Congress have been locked in a fight in Kerala. This will go on. I understand that the CPI(M) has to fight me. But I am not going to say a word against them.

“I am here to send a message of unity that south India is important and I fully understand that the CPI(M) has to attack me. So I will absorb all their attacks with happiness, but from me you will not hear a word against them in my campaign,” Gandhi told reporters.

He also said there were two main issues faced by the country–lack of jobs and agrarian crisis.

“Farmers are unaware of what the future holds for them. Youngsters are running from state to state searching for jobs and (Prime Minister) Narendra Modi has failed on both the fronts,” he said while attacking the PM.

Attacking Modi on the issue of corruption, the Congress leader said, “The country had faith on the prime minister when he said he would be the Chowkidar. But the Chowkidar himself has given Anil Ambani Rs 30,000 crore of Air Force money.

“He (Modi) has stolen money and given it to Anil Ambani who has no experience. Anil Ambani is in Rs 45,000 crore debt,” Gandhi alleged, once again attacking the NDA government over the Rafale deal.

As the massive crowd of supporters gathered on both sides of the narrow roads of Kalpetta, security personnel had a tough time controlling the people to clear the way for vehicles.

Priyanka Gandhi wearing a mustard and red border saree and Rahul Gandhi waved to the crowd.

As the vehicle inched forward, the Congress president was seen shaking hands with many elated supporters.

People were seen clicking photos with their mobile phones and waving flags of Congress and its ally Indian Union Muslim League (IUML).

Heavy security was in place in and around the collectorate ahead of the high profile visit of the Congress chief. PTI 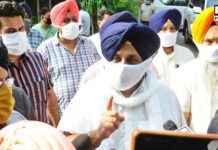 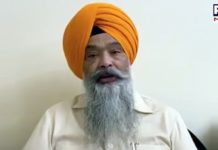 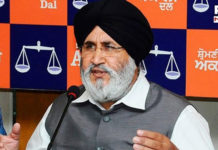 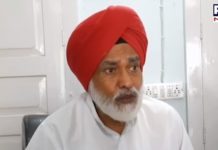