Dharamshala: The MeT department has predicted rain and snow at isolated and hilly areas of Himachal Pradesh from today.

The department’s bulletin said the conditions will engulf the state by Wednesday, leading to a steep fall in day and night temperatures.

Himachal Pradesh will witness widespread rain till January 7 due to western disturbances over northeast Afghanistan and north Pakistan, it said.

An upper air cyclonic circulation, which now lies over Afghanistan and Pakistan at 3.1 km above mean sea level, is moving east and will hit northeast parts of Jammu and Kashmir during the next 48 hours, the bulletin said.

While another disturbance is very likely to affect western parts of the Himalayan region and adjoining plains of northwest India from January 6, it said.

The bulletin said precipitation occurred at isolated places over Himachal Pradesh during the last 24 hrs with Dharamshala recording 2 mm rainfall.

There has been no appreciable change in minimum and maximum temperatures in the last 24 hours. Keylong was the coldest at minus five degrees Celsius and Una was the hottest at 27 degrees Celsius, it added. 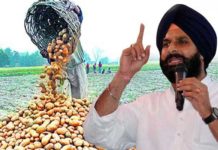 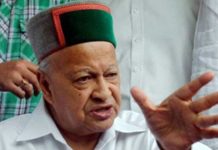 Temperature hovers below normal at most places in Punjab, Haryana