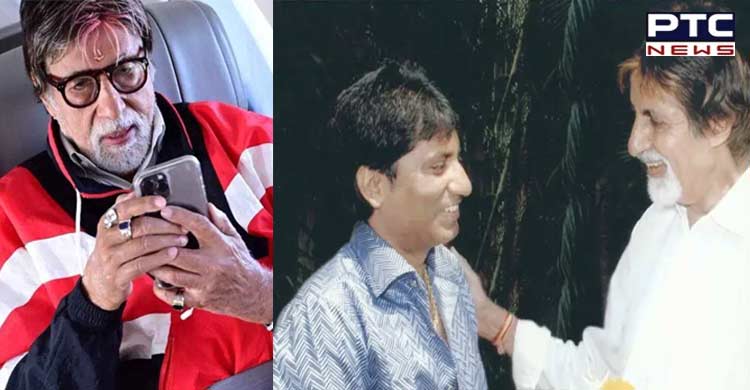 On Tuesday, Antara took to Raju's Instagram handle and shared a throwback picture of the comedian with Amitabh and the next image of a Big B's note.

The long note reads, "Extremely grateful to Shri @amitabhbachchan uncle for being there for us every single day during this tough time. Your prayers gave us an abundance of strength and support, which we will remember forever. You are my father's idol, inspiration, love and

Guru. Since the first time dad saw you on the big screen, you have stayed within him forever. He not just followed you on-screen but off it also."

She added, "He had saved your number as 'Guru ji' in his contacts. Him reacting on listening to your audio clip clearly shows what you meant to him. My mother Shikha, brother @aayushmaan.srivastava , my entire family and I, @antarasrivastava , are eternally thankful to you. The love and admiration he receives globally is all because of you. Warm regards to you."

As Srivastav was an ardent fan of Bachchan and used to mimic him, the megastar recently, in his blog revealed he was asked to send a voice note to awaken the late comedian while he was being treated at the AIIMS. However, he did not mention the name of the comedian in the blog.

"Another colleague friend and creative artist leaves us .. a sudden ailment and gone before time .. before his creativity time completion .. each day in the morning with him in spirit and information from near ones ..they got advised to send a voice to awaken his condition .. i did .. they played it for him in his state in his ears .. on one instance he did open his eye a bit .. and then .. went away ..his sense of timing and the colloquial humour of his birth shall remain with us .. it was unique, open frank and filled with humour .. he smiles from the Heavens now and will be the reason for mirth with the God's," Bachchan wrote. 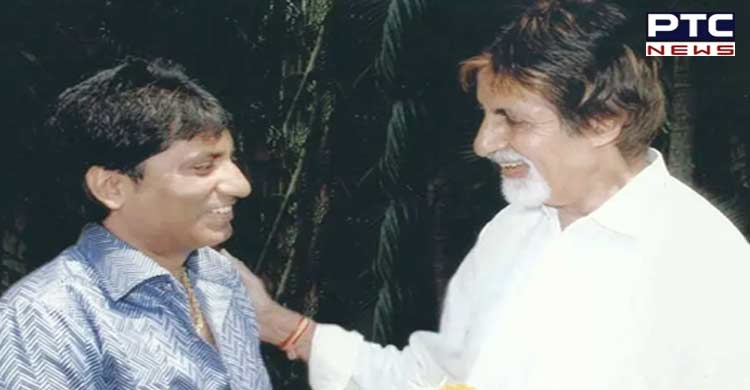 Srivastav, 58, breathed his last on Wednesday. He had been on life support ever since he was admitted to the All Indian Institute of Medical Sciences (AIIMS) on August 10 following a heart attack.

The comedian was in the entertainment industry since the 1980s and shot to fame after participating in the first season of the reality stand-up comedy show 'The Great Indian Laughter Challenge' in 2005.

In one of the interviews, Srivastav had said, "I became a fan of mimicry and comedy when I saw Amitabh Bachchan's Deewar. I became his fan to the extent that I used to get his posters and put them at my house. I dotted his hairstyle and started imitating him. People used to address me as Big B."