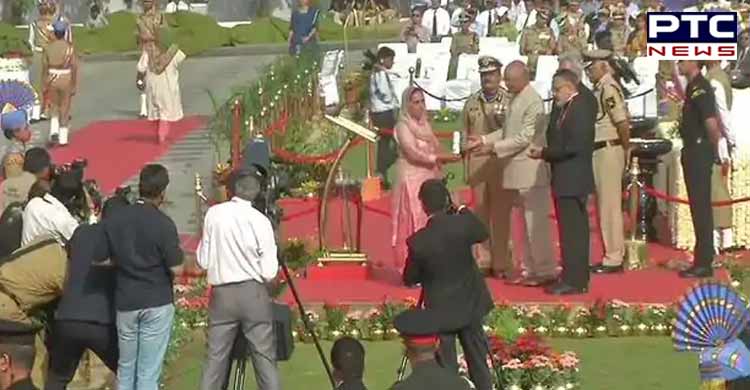 President of India, Ram Nath Kovind paid tributes to the police and paramilitary personnel who attained martyrdom at the National Police Memorial in New Delhi on Tuesday. He paid his respect and laid a wreath at the memorial during a remembrance service at the annual "Valour Day". It is a Central Reserve Police Force (CRPF) event. 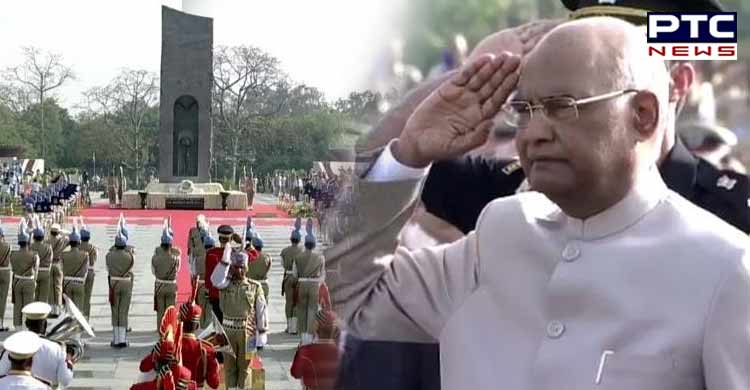 Being the Supreme Commander of the Armed Forces, Ram Nath Kovind was given a national salute and a guard of honour by Central Armed Police Forces (CAPFs). CAPF is an umbrella organization under which CRPF, BSF, ITBP, CISF and SSB come. Union Home Secretary Rajiv Gauba, Director of Intelligence Bureau Rajiv Jain, Director of CRPF Rajeev Rai Bhatnagar, other officials of paramilitary, police forces and the Union Home ministry were present at the event.

Also Read: Plans to carry out terror strikes in New Delhi thwarted by security agencies after infiltrating into IS module

The President of India visited the National Police Memorial for the first time after it was unveiled by Prime Minister Narendra Modi on October 21, 2018. The memorial is located in Chanakyapuri in New Delhi.