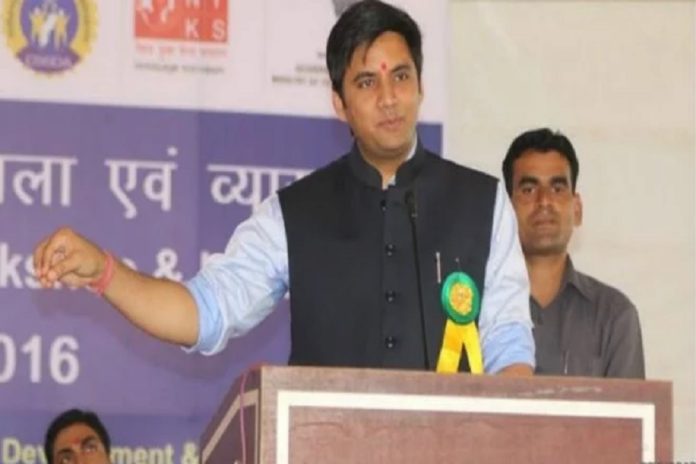 A case has been registered against former Chhattisgarh chief minister Raman Singh’s son Abhishek Singh, a former MP, and 19 others on the charge of cheating in connection with an alleged chit fund scam in Chhattisgarh’s Surguja district, police said on Tuesday.

Abhishek Singh, Madhusudan Yadav and Naresh Dakaliya had allegedly acted as star campaigners for the company, which functioned in various districts of the state before shutting its operations during the year 2016.

Nobody is arrested in the case so far.

Prem Sagar Gupta had filed a petition in a local court earlier alleging that police had failed to act on his complaint against those allegedly involved in the scam, he said, adding that the court last month ordered police to investigate the matter and submit a final report.

On the direction of the court, all the 20 accused were charged under sections 420 (Cheating and dishonestly inducing delivery of property) and 34 (common intention) of the Indian Penal Code (IPC) and under the Chhattisgarh Protection of Depositors Interest Act 2005, the IG said.

He said some FIRs were already registered in connection with the chit fund scam in which several people lost their hard-earned money in Surguja district.

The IG said all the cases would be probed in a centralised manner by a special team.

He said Faitma Bano and Hamid Memon, who live in Raipur, and Sibu Khan of Rajnandgaon were directors of the company.

Seven other accused, who belong to various districts in Chhattisgarh, were working as core committee members of the company in the state and were engaged in running a publicity campaign to attract investors, the official said.

Abhishek, Yadav, also a former MP from Rajnandgaon, and Naresh Dakaliya, a former Mayor of Rajnandgaon, had allegedly acted as star campaigners for the company which functioned in various districts of the state since 2008, he added.

“As per the complaint, the three star campaigners did publicity for the company and convinced people to invest,” he said.

In his complaint, Prem Sagar Gupta,a resident of Ambikapur, had alleged that the company embezzled the amount of Rs. 98,876 which he had deposited in the firm after selling out his property, the official said.

The company had assured the investors to double their money within a few months, but no benefit was provided to investors, the official said quoting the complaint.

He said the company instead shut its operations in 2016, cheating the investors of several lakh rupees.

Meanwhile, Abhishek Singh denied having any connection with the company.