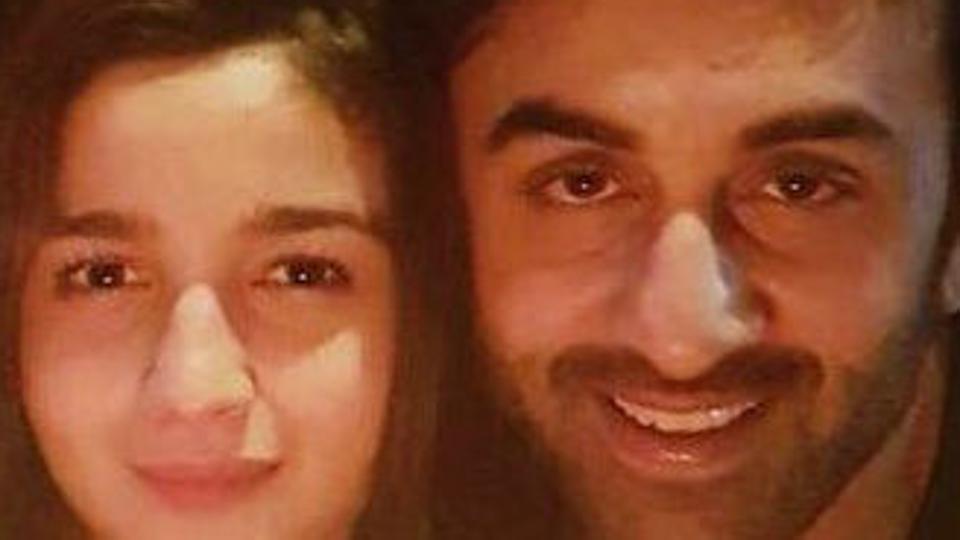 Ranbir Kapoor and Alia Bhatt were spotted having a late-night dinner at her home along with Alia’s father, director and producer Mahesh Bhatt.

The window shades weren’t drawn, which gave the paparazzi all the more reason to get a shot of the love birds. In one of the pictures, it almost seems as if Alia has spotted the photographers on the street below, but the window shades remained open.

#ranbirkapoor today at #aliabhatt home. Her dad #maheshbhatt too was snapped having a conversation with the two of them ❤❤❤ @viralbhayani

Ranbir earlier admitted his love for Alia in an interview. He said,“It’s really new right now, and I don’t want to over speak. It needs time to breathe and it needs space. As an actor, as a person, Alia is – what’s the right word? – flowing right now. When I see her work, when I see her act, even in life, what she gives is something that I’m aspiring to for myself. It’s new for us, so let it cook a bit.”

Alia recently complimented Ranbir on his performance in the Sanjay Dutt biopic, Sanju. She said, “I really liked it. It is a fantastic, fabulous and an outstanding film. I think in my top 10 best film list, Sanju is high up there. Ranbir is outstanding in it. Vicky Kaushal and Paresh ji (Rawal) also did a fantastic job. Everyone including Anushka (Sharma) and Sonam (Kapoor) did really good job. It’s a full package.”