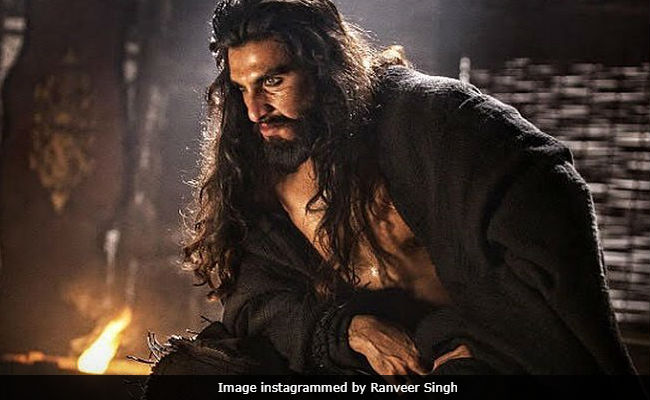 Ranveer Singh received a handwritten note for his performance in his latest release "Padmaavat", which he called as his award for the film. The letter was sent by none other but the legend himself - Amitabh Bachchan.

Calling the letter his "award", an overwhelmed Ranveer took to Twitter to share the picture of the note and a bouquet Bachchan sent him after watching the Sanjay Leela Bhansali period drama.“Mujhe mera award mil gaya (I have got my award) @SrBachchan", he captioned the tweet.

Ranveer, 32, also received a handwritten note in 2015, after Bachchan had watched "Bajirao Mastani".

Featuring Deepika Padukone in the lead, "Padmaavat" also stars Shahid Kapoor, Jim Sarbh, Aditi Rao Hydari and Raza Murad. The film is going strong at the box office, despite not releasing in some states and acts of vandalism across the country.

Hands down, Ranveer Singh was beyond outstanding in his latest Padmaavat.