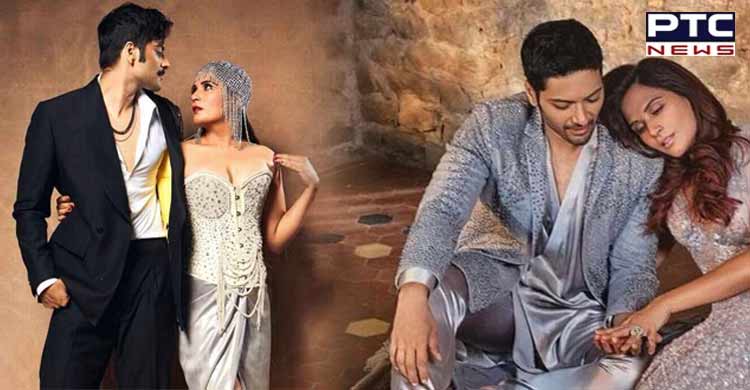 Mumbai (Maharashtra), September 20: While fans look forward to details of Richa Chadha's wedding with Ali Fazal, we have learned that the actor will marry her beau on October 4.

According to a source, Richa is likely to tie the knot with Ali Fazal on October 4 in Mumbai and the couple will be hosting a wedding reception a day later for their family, friends, and industry peers.

The wedding festivities will begin on September 30, sources added.

Cocktail, Sangeet, and Mehendi are the most likely pre-wedding functions. According to our source, all three festivities will most likely be hosted in New Delhi.

Although the outfit Richa will wear for her wedding is undisclosed, the jewellery has been chosen from Bikaner.

The actress's jewellery for the Delhi events is being custom-made by a 175-year-old jeweller family from Bikaner. The Khajanchi family is a renowned jeweller recognised for its statement heirloom pieces, and they will create signature pieces for Richa.

The Khajanchi family is descended from Moti Chand Khajanchi, one of Rajasthan's earliest art collectors, and their clients include the royal family of Bikaner.

Richa turned to social media this week to confirm her October wedding to Ali in the sweetest way possible. She shared an image that read "New Life, Loading." Richa captioned it, "I can't wait for October."

As soon as Richa shared the post, fans congratulated the couple in the comments section.

On the work front, Richa is currently working on Sanjay Leela Bhansali's upcoming web series 'Heeramandi' which will stream exclusively on Netflix.

The 'Gangs of Wasseypur' actor was originally meant to wrap up shooting this week, however, her song shoot for 'Heeramandi' has been delayed and will now wrap up late next week.

Ali, on the other hand, is now shooting the third season of Amazon Prime Video's 'Mirzapur' in Mumbai and Lucknow and will be finished soon.