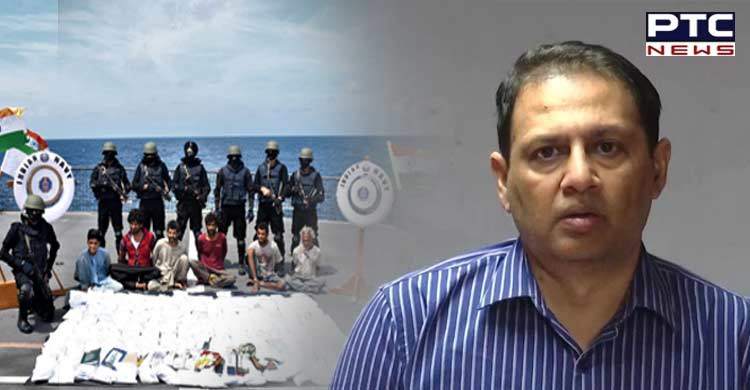 Kutch, October 8: A Pakistan-based 'big drug lord' had sent the consignment of heroin worth Rs 350 crore on a ship, which the Indian authorities apprehended near the International Maritime Boundary Line (IMBL) before the transaction could take place in the Arabian Sea.

"It was found that a big drug lord based in Pakistan, Mohd Kadar, had sent the consignment here. The transaction was going to take place on the high seas," Ashish Bhatia, Gujarat DGP, said. The Indian Coast Guard (ICG) and Gujarat Anti-Terrorist Squad (ATS) on Saturday informed that they had seized 50 kg heroin worth Rs 350 crore from a Pakistani boat off the state coast.

The ICG and ATS, in a joint operation, also apprehended six crew members from the boat named Al Sakar. "Gujarat ATS received the information and launched the operation and arrested these people. A total of six Pakistanis have been nabbed," the Gujarat DGP added.

According to officials, the Gujarat ATS had received the input about the arrival of Al Sakar loaded with heroin in Gujarat through Jakhou coast and was about to be sent to Punjab and North India.

The boat is being further investigated at the port Jakhau in Gujarat. "In a joint Ops with ATS #Gujarat, @IndiaCoastGuard apprehended #Pakistani Boat Al Sakar with 06 crew in Indian waters of #ArabianSea carrying about 50 Kgs heroin worth approx. 350 Cr. The boat is being brought to #Jakhau for further investigation. @DefenceMinIndia @narcoticsbureau," the Indian Coast Guard initially informed in a tweet.

This is the sixth such operation over the last one year and the second within a month carried out by ICG and ATS, highlighting India's robust coastal security network. 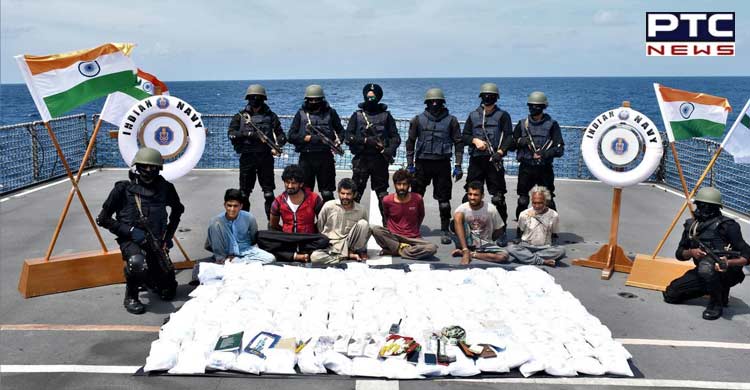 On seeing the BSF party approaching them, the fishermen left the boat and swam across to Pakistan.