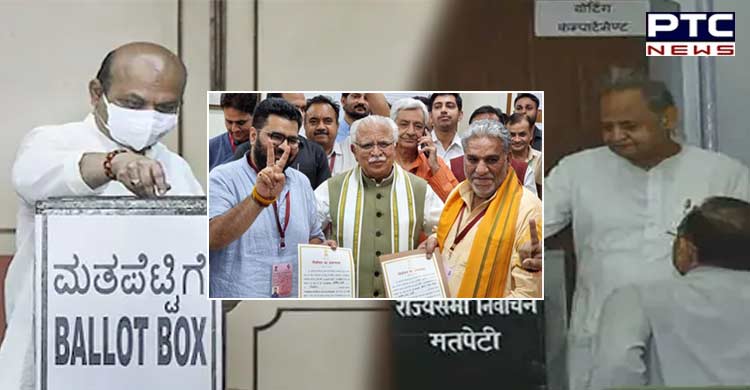 Jaipur/Chandigarh/Mumbai/Bengaluru, June 11: The high-stakes Rajya Sabha elections in four states on Friday — Maharashtra, Haryana, Rajasthan and Karnataka — turned out to be a nail-biting contest with the BJP posting a win in three states while the Congress swept Rajasthan.

The polling took place for 16 vacant seats in the Rajya Sabha in Rajasthan, Haryana, Karnataka and Maharashtra on June 10. The counting of votes was delayed for several houses in Haryana and Maharashtra with rival parties trading charges. Here's a look at the state-wise results of the elections.

In a big morale boost for the Congress following the dismal performance in the recently concluded Assembly elections in five states, the party bagged all three Rajya Sabha seats in the elections amid allegations of horse-trading, while the BJP bagged one seat. 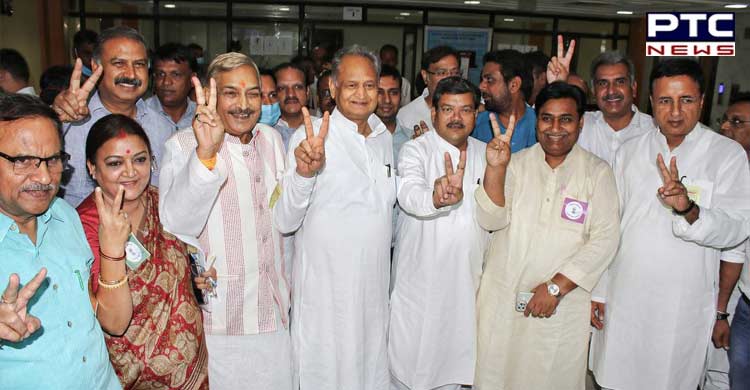 Congress candidates had fielded Mukul Wasnik, Randeep Surjewala, and Pramod Tiwari while BJP's Ghanshyam Tiwari and media baron Subhash Chandra as independent were in the fray for four vacant seats. Citing fears of cross-voting, the Congress had gathered its MLAs in a resort in Udaipur.

"This is the win of Sonia Gandhi, Rahul Gandhi and Gehlot government... This is the defeat of those powers who wanted to buy Rajasthan's self-respect in vote market, destabilize elected state government, run a bulldozer on democracy... Money and muscle power, income tax, ED, black money lost," said Randeep Surjewala after the poll win.

In Maharashtra, the BJP was certain to get two seats, but the party managed to secure a third seat as well with the help of Independents. Union Minister Piyush Goyal, former state minister Anil Bonde and Dhananjay Mahadik from the BJP emerged victorious while one candidate each from Shiv Sena, Congress and Nationalist Congress Party (NCP) won.
As many as 285 votes were polled on Friday and 41 were needed to win one Rajya Sabha seat. 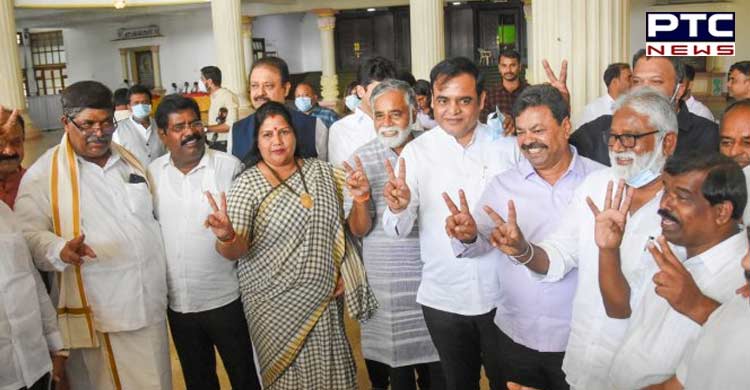 Shiv Sena's Sanjay Raut, NCP's Praful Patel and Congress's Imran Pratapgarhi were elected without any hassle. However, all eyes were on the contest for the sixth seat where the BJP has fielded Dhananjay Mahadik and Sanjay Pawar was in fray as the Shiv Sena candidate. Mahadik's came as a setback for the Shiv Sena which was hoping to get two seats in the Rajya Sabha elections. Commenting on the poll results, NCP chief Sharad Pawar said he was not surprised with the results.

Karnataka
The BJP won three seats in the Rajya Sabha, the Congress one seat while the Janata Dal-Secular drew a blank after the results of elections to the Upper House of Parliament were declared on Friday. Six candidates were in the fray for four Rajya Sabha seats from Karnataka. 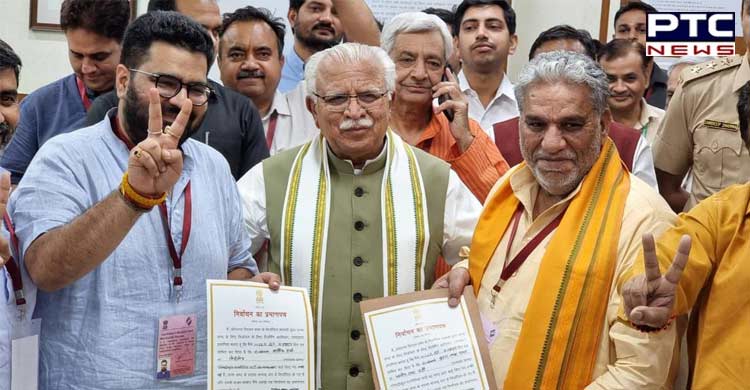 Janata Dal (Secular) chief HD Kumaraswamy on Friday alleged "horse-trading" in the Karnataka Rajya Sabha elections claiming that Congress leader Siddaramaiah was pressurising JDS MLAs to not vote for their own party but that of the candidate of the grand old party. JD(S) MLA K Srinivasa Gowda admitted said that he voted in favour of Congress.

Haryana
In Haryana, the BJP scored a comfortable victory winning one of the two seats. BJP's Krishan Lal Panwar registered victory after 31 votes were polled in his favour. The interesting contest was between Congress Ajay Maken and BJP-backed independent candidate Kartikeya Sharma. However, Maken lost the Rajya Sabha elections to Sharma, the BJP-backed independent candidate, by a "narrow margin", a huge shock for the grand old party which was confident of winning the seat.