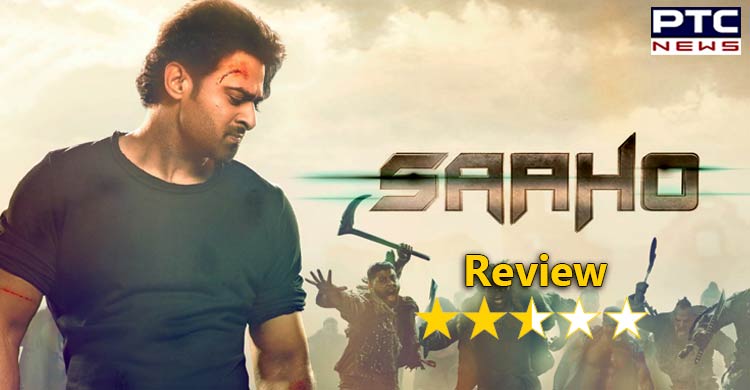 Saaho Review: The film promises a visual feast, replete with futuristic-looking skyscrapers soaring endlessly into the sky, glitzy cars racing on smooth roads and crashing in balls of fire, a hero who flies off cliffs, shoots the baddies and dreams about his lady love. Saaho has it all. Starring Bahubali actor Prabhas, Shraddha Kapoor, Mandira Bedi, Chunky Kapoor, Neil Nitin Mukesh, Jackie Shroff, Mahesh Manjrekar and others, the film is a must-watch for those who want to be entertained but not mentally taxed.

Prabhas plays an undercover police officer investigating a robbery of (gasp) Rs 2,000 crore in Mumbai. He is obviously a consummate fighter who would put the Avengers to shame. The action sequences have been directed by Hollywood action director Kenny Bates. Shraddha Kapoor plays a crime branch officer and Prabhas’s muse.

The sequences are a throwback to James Bond extravaganzas, with Prabhas saying that the producers spent about Rs 75 crore for one action scene. Considering that the filmmakers roped in Hollywood stunt directors Kenny Bates and Peng Zhang, besides many famous names from India, the audience can expect a gripping experience.
The catch is, do not watch.