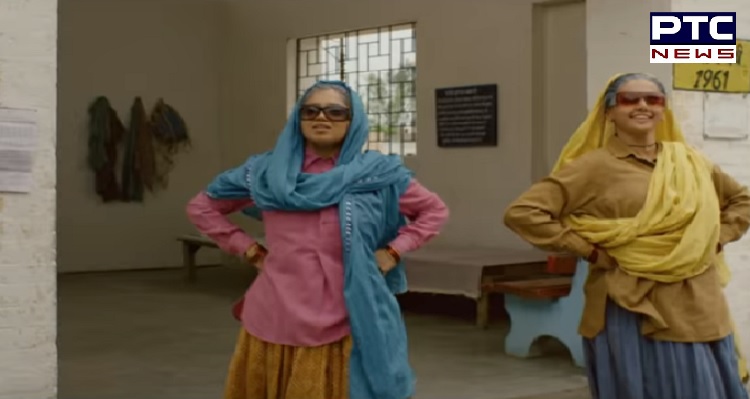 The much-anticipated trailer of Saand Ki Aankh is finally out and it does not appear to be a regular biopic. It is about shooter Daadis Prakashi Tomar and Chandro Tomar, played by Tapsee Pannu and Bhumi Pednekar respectively. The duo became sharpshooting champions at the age when others plan retirement. To play the feisty shooters, Tapsee and Bhumi have put glamour on the backburner to look like elderly women.

The duo play sisters-in-law Prakashi and Chandro, dressed in the traditional Haryana attire of shirt and ghagra with a dupatta covering the head. They are quite advanced in years when they realize their talent as shooters. The trailer is a glimpse of their lives as homemakers willing to embrace old age. It begins with how Prakashi and Chandro come out to support their daughters who chose sharp-shooting as a sport and end up falling in love with it themselves.

Bhumi’s dialogue, “a woman doesn’t reveals her real age because she is unable to calculate the years she has lived for herself,” is bound to strike a chord with many. The film will be released on October 25 and will probably clash with Akshay Kumar’s multi-starrer comedy, Housefull 4.